Asked whether he’ll endorse anyone to replace him in the state Senate, Congressman-elect Leonard Lance (R-Flemington) said that he would follow advice from his late father, former Senate President Wesley Lance.

“He said, ‘You cannot choose your successor in political life,’” said Lance. “I think I will remain neutral.”

At least one of Lance’s running mates, Assemblyman Michael Doherty, is running for the seat. If his other running mate, Assemblywoman Marcia Karrow, jumps in, it could be an intense battle (Multiple Republican sources say, however, that Karrow is having second thoughts about running).

Lance is riding high from his lopsided victory over Assemblywoman Linda Stender (D-Fanwood) in what was widely expected to be a close race. One big factor in his win, according to Lance: newspaper endorsements, in which he went nine for nine.

“I was pleased by the victory, and to me the most satisfying part of the campaign from a political perspective was the editorial board endorsements,” he said. “Campaigns go back and forth on issues, but the editorial boards were uniform in endorsing me. I think that’s very helpful. It gave the public a roadmap.”

Meanwhile, Lance is busy planning for his transition to Congress. He’s already in the process of figuring out who will staff his office, although he won’t name anyone just yet. His chief of staff, he said, will be “someone with Washington experience.”

Lance will attend the weeklong orientation for new representatives that begins next Monday before discussing specific hiring decisions and committee assignments.

Lance said that his top priority in Washington will be economic issues, and that he hopes to be named to committees where he can deal with them.

“I’m interested in issues related to the economy, so there are several committees that deal with that, several of which freshmen do not usually serve, but others where freshmen can serve. I don’t want to say anything more on that because I want to go through orientation. But my experience in Trenton has been on financial issues,” he said.

Like most New Jersey Congressmen, Lance plans to rent an apartment in Washington and return to New Jersey every weekend. His wife and dog will remain in Hunterdon County. 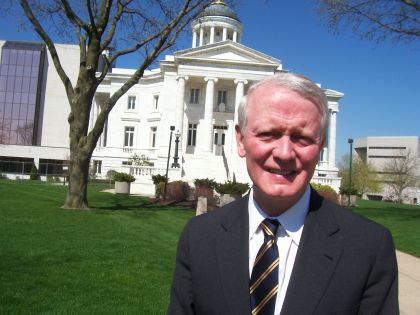