Both of New Jersey's Democratic Senators voted to keep Joe Lieberman as Chairman of the Senator Homeland Security and Governmental Affairs Committee. Lieberman, an Independent Democrat who backed John McCain for President, held his post by a 42-13 vote, with Frank Lautenberg and Robert Menendez voting in the majority.

Afshin Mohamadi, a spokesman for Menendez, declined to comment on how the junior Senator voted on the Lieberman chairmanship. "The private vote in the Caucus meeting was conducted in a completely anonymous manner and the Senators have not shared their votes with anyone outside of that room, nor do they intend to. We consider any speculation about how they voted to be just that — speculation." 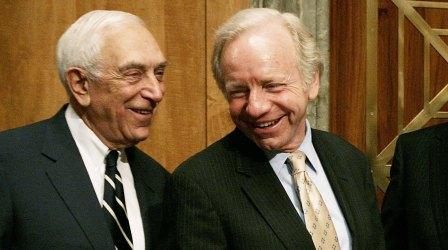