PATERSON – There’s an old boast in Hudson County that if you take a politician out of there and put him anywhere else in the country, he’ll soon be running the place.

But the former mayor of Union City was Hudson County-cryptic when asked how his helmsman-ship would differ from that of his predecessor across the river.

“In terms of style, he has his, and I have mine, and that’s it,” Menendez said.

Speaking at a press conference in Paterson City Hall on the issue of federal foreclosure aid with Gov. Jon Corzine, who served in the U.S. Senate as DSCC chairman when President-elect Barack Obama’s came of age as a statewide candidate, Menendez later fielded several questions about his new role.

He said he’s honored Reid named him to the position, and identified several races he sees as keys to the coming campaign cycle.

First of all, he wants to make sure Reid wins re-election. He’s running next year. So is Sen. Barbara Boxer (D-Ca.). Menendez made it a point that he wants Boxer to get the help she needs to win.

In the meantime, the senator said he wants to help however he can to secure U.S. Senate replacements for Obama in Illinois and Vice President-elect Joseph Biden n Delaware.

“We’re going to work as diligently as possible to build a filibuster-proof majority,” he said, even as a recount is well underway in the Minnesota senate contest, and Georgia heads for a run-off election between incumbent U.S. Sen. Saxby Chambliss (R-Ga.) and Democratic challenger Jim Martin.

New York Gov. David Paterson would need to select someone to fill her chair if she makes a move out of the Senate to join Obama’s cabinet.

“It would not be appropriate to recommend someone for a vacancy that does not exist,” said Menendez. 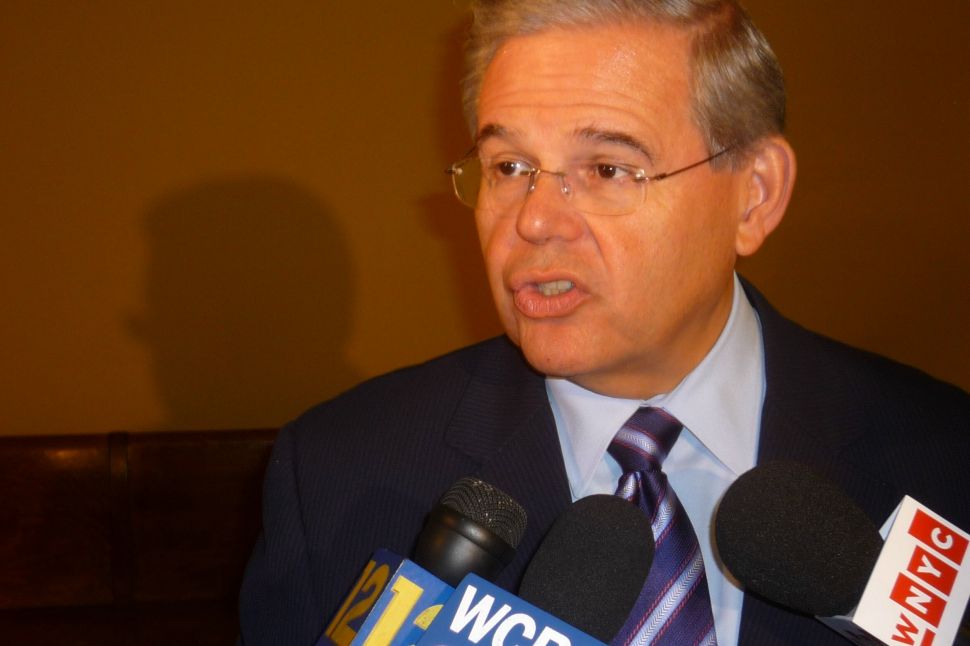