Schumer departs with a successful track record, presiding over the Democrats’ takeover of the Senate in 2006 and further gains this year. Menendez said he hopes to build on that.

“In 2006 and again this year, under the masterful stewardship of Senator Schumer, we have made major gains toward bringing change to our country. We face historic challenges and must continue to move in that new direction,” he said. “I intend to make sure that we build upon the majority in Senate that allows us to affect the change we need. I want to thank Majority Leader Reid for his terrific leadership and for entrusting me with this position."

Menendez is the third New Jerseyan this decade to preside over the DSCC. In 2000, former U.S. Sen. Bob Torricelli ran the organization, while Gov. Corzine—then a U.S. senator – headed it between 2003 and 2005. 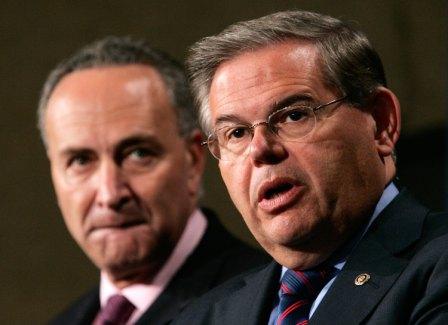