Dominicans and allies celebrated Dr. Alex Blanco’s victory in the Passaic mayoral race last week as a first in the annals of American politics. As far as they know, he’s the first Dominican elected mayor in the United States.

“There’s an assemblyman in New York, but concerning mayors, none,” said Blanco, a product of the Passaic public school system who earned college and medical degrees locallyand works in the city as a podiatrist.

“I was shocked when I found out I was the first,” added the mayor-elect, who figures to be sworn into office before the end of November.

Blanco’s win is not the first time Dominicans have scored vital wins in local elections, and he is not the only Dominican to be elected in last week's elections.

Carlos Aguasvivas won a seat on the borough council in Bergenfield.

Now comes Blanco, who on election night celebrated his win with Tavarez and Rodriguez at his side in Passaic.

The latter was elated.He had walked the streets with Blanco earlier on Election Day.

“I study this, I live this and I love this,” said Rodriguez, who grew up in Paterson earning $15 a week working in a bodega. “When I look at what happened last week with Dr. Blanco, I see someone with the energy and the vision to make things happen. He’s a person with integrity, and that’s why I gave him my support.”

Hoping to branch out beyond Passaic County, Rodriguez is connected to Trenton At-Large Councilman Manny Segura, a potential mayoral candidate in 2010; and to Camden City politics.

“In the end it’s not about Dominicans, it is about building a coalition,” said Rodriguez, who says he was personally inspired by the example of U.S. Rep. Charles Rangel (D-N.Y.). “We are about coalitions with everyone – with the Cubans, with African Americans – everyone.”

The biggest battle on the horizon may prove to be securing a full, four-year term for Blanco.

The successor to disgraced former Mayor Sammy Rivera, who’s now behind bars oncorruption charges – Blanco is up for the full mayor's term in May. Meanwhile, last Tuesday’s runner-up, School Board President Vincent Capuana, appears to be in regroup mode, and may nail down the support of City Councilman Jose Garcia, who came in fourth in last week’s mayoral election.

For his part, Blanco said he looks forward to sitting down and talking with real estate developer and fellow Dominican American Jose Sandoval, the man who came in third place in last week’s contest.

“He was the first person to call me and congratulate me when I won,” Blanco said of Sandoval. “What a class act he is.”

As for Rodriguez in Paterson, he may challenge Torres for mayor in 2010, in a field that is also likely to include At-Large Councilman Jeffrey Jones. 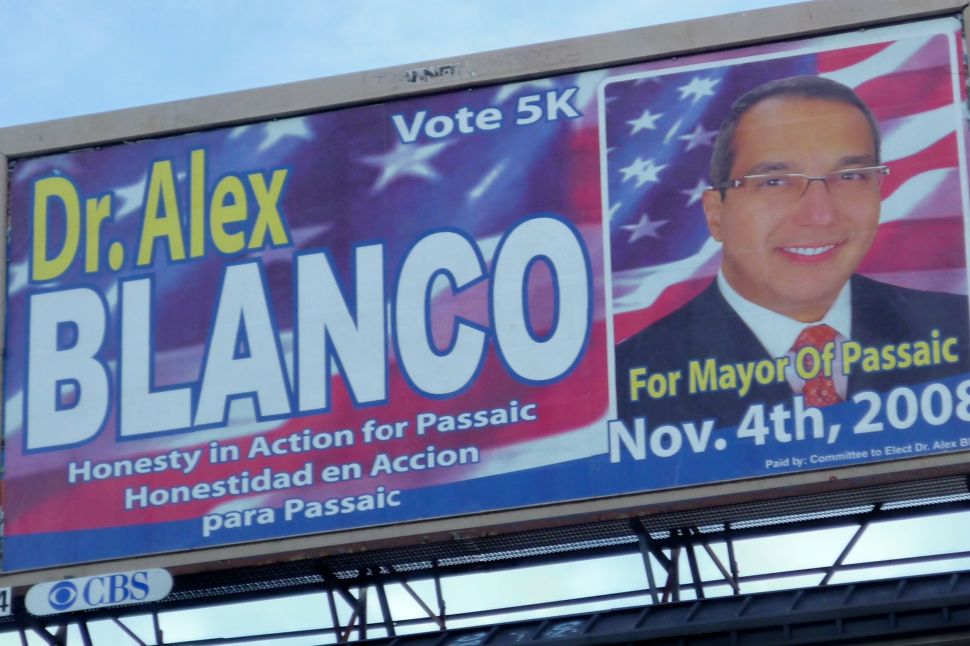