“I believe the County of Warren’s 'pay as you go' philosophy is a model that the State of New Jersey could learn from," DiMaio said.

A former mayor of Hackettstown where he also served as a councilman and was a candidate for the Republican Nomination for the assembly in 2005, DiMaio serves as the second vice chairman of the North Jersey Transportation Planning Authority, the federal funding agency for the State of New Jersey’s 13 northernmost counties.

“As a working businessman I understand what it takes to create jobs, make budgets in the real world and how hard it is to live with the ever growing overburdening state regulations”, DiMaio said. “I will always remember the taxpayer when I make decisions on their behalf.

“I fully understand what it takes to raise a family and put the children through college, I understand what the average family goes through,” added the pro-life DiMaio, who is married with two daughters. 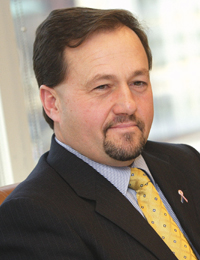