FLEMINGTON – Hunterdon County Sheriff Deborah Trout said she has no intention of resigning her office as the county prosecutor’s office examines materials it seized from her office last week as part of an investigation into hiring practices at the sheriff’s office.

“It’s a power play, that’s all I can come up with,” Trout told PolitckerNJ.com today. “The freeholders don’t want a sheriff’s office. They’re picking on our office. I was told if they could, they would not have a sheriff’s office. One thing I know is they’re not going to find anything. I believe it to be a fishing expedition.”

“I figured they wanted to do a tour or wanted a speech or something, and they asked me, ‘Can we go upstairs and speak to you in private?’ I said, ‘Sure.’ They explained that they had a search warrant.”

During the course ofthe six-hour raid, investigators took Trout’s computer, the computer of her undersheriff, the computers of an investigator and chief warrant officer, “a ton of files, department of personnel correspondence, correspondence with the prosecutor’s office and my appointment book,” according to the sheriff.

Trout said she took last Tuesday off to go down to South Jersey to be with her brother, who was undergoing an operation.

She was back on the job today after Christmas break.

“I will go on with our work the best we can,” she said. “It’s unreal. It’s a Twilight Zone story. I don’t know what’s coming next. They said it would take ten days. I would really hate to see them make something out of nothing. If they are truthful about it, they have nothing to go on.”

Hunterdon County Freeholder William Mennen said he does not believe the freeholder board wants to abolish the sheriff’s office, or that Republicans are nursing revenge schemes against Trout, an independent Republican who sued the last sheriff into retirement. 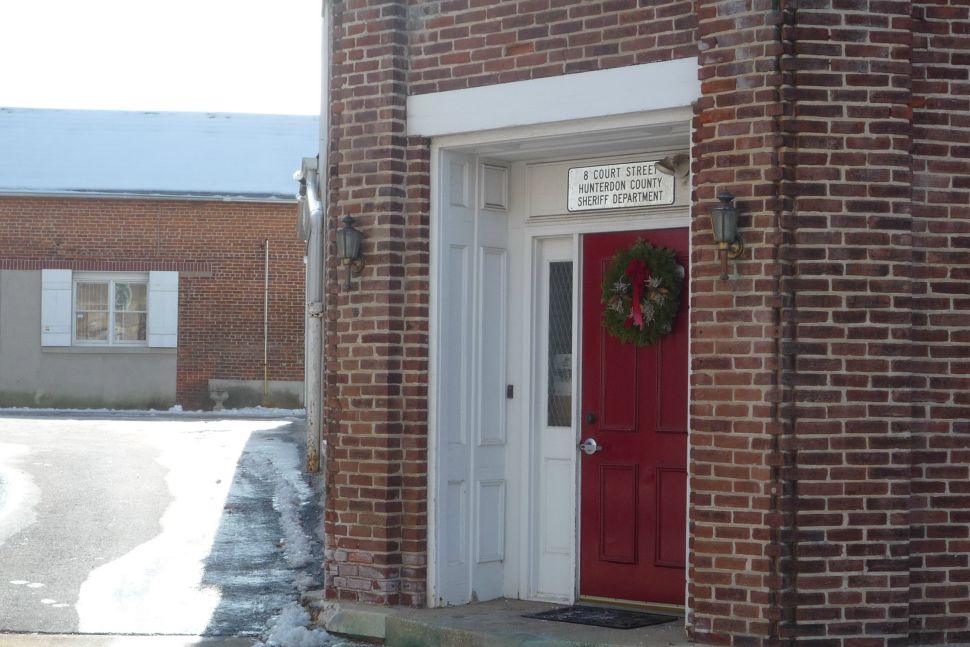