"Time is of the essence if we are going to adequately address New Jersey's declining revenue," Beck said in a release. "Tough decisions inevitably must be made, but that is what governors and members of the legislature are elected to do. Governor Corzine should not keep stonewalling the release of these documents if they exist, which they should.”

The governor’s office gave a “must be a slow news day” acknowledgement of Beck’s plea, noting that Corzine has already said he plans to release the budget details in the New Year.

“I am going to be specific about that shortly after the 1st of the year on things that we will recommend. We have taken those steps that control the pace at which spending is occurring within government so that we can get out in front of that,” Corzine told reporters in his end of the year press conference.

“There are some programmatic things we will have to do. Are going to cut municipal aid another time? This is one of the reasons I was interested in the pension deferral because a large portion of our expenditure are pass through. We have municipal aid, school aid, Medicaid, and then you go to rebates. You are going to have to figure out which one of those if you are dealing with real dollars. Some of those are front loaded early in the year in the budget like school aid and rebates. You options with regard with what you can do become more limited. Charity care is out the door for example. You are going to have to narrow down what you are going to do with the balance of the year.”

Unsatisfied with the drag time, Kean and GOP members of the Senate Budget Committee announced they will sue Governor Corzine this Wednesday if he fails to release the documents first requested a month ago under New Jersey's Open Public Records Act.

"My Republican colleagues and I have continuously called on Governor Corzine to enact specific spending restraints to prevent deficit spending," Beck said. "The fact that Governor Corzine refuses to release these documents shows his governance style is based on secrecy and not trusting the public." 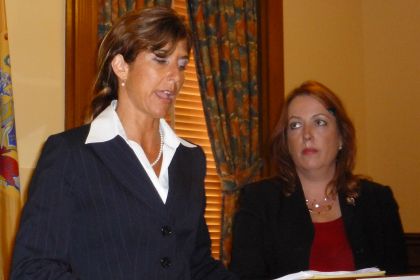