Former Assemblyman Neil Cohen (D-Roselle) was indicted today by the State Attorney General’s office for possession of child pornography and official misconduct, months after two of his fellow legislators turned him in after finding suspicious images on his office computer.

“We charge that Mr. Cohen used the computer equipment in his taxpayer-funded legislative office to view child pornography, printing out copies which were accessible to others in the office,” said Attorney General Milgram. “In doing so, he abused his office and, like all who seek out child pornography, he supported the suppliers who exploit and sexually abuse children. We are committed to vigorously enforcing our child pornography laws as part of our broader efforts to combat predatory behavior against children.”

In July, State Sen. Ray Lesniak (D-Elizabeth) and Assemblyman Joe Cryan (D-Union) notified state police after a staffer found what appeared to be pornographic images involving minors on a computer in the legislative office that they shared with Cohen.

Cohen, a 16-year veteran Democrat from the Assembly, resigned shortly after the allegations surfaced and checked into an undisclosed mental health institution. Aside from a one-sentence letter tendering his resignation, Cohen has not been heard from since.

Altogether, Cohen faces four counts – three second-degree and one fourth degree. If convicted, he could face up to 32 years in prison and $460,000 in fines.

In her tenure as Attorney General, Milgram has gone on highly publicized crusades against internet predators on social networking sites.

“The New Jersey State Police and the Division of Criminal Justice have worked together to arrest and prosecute more than 100 defendants during the past two years for possessing, reproducing or distributing child pornography,” said Criminal Justice Director Gramiccioni. “While we take each of these cases very seriously, it is particularly disturbing when a government official uses public resources to commit such a crime.”

“Public officials should be protecting children, so these allegations are distressing and appalling,” he said. 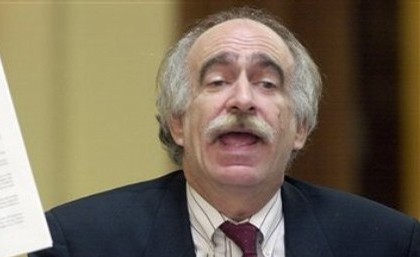