The decision of biotech millionaire John Crowley not to seek the Republican nomination for Governor in 2009 does not necessarily mean that he won’t run for office next year. Some GOP insiders are already touting him as a possible candidate for Lt. Governor. Crowley, with private sector business experience, a compelling personal story, and a possible – but still unproven – ability to raise money from non-traditional donors could make him an attractive running mate. Here’s what politicos need to watch: will Crowley spend some time during the first half of next year helping Republican candidates and local GOP organizations.

Crowley has been on the New Jersey political radar screen for about nine months. Last April, when some Republicans found themselves without a suitable U.S. Senate candidate following the withdrawals of Anne Evans Estabrook and Andrew Unanue, Crowley publicly flirted with a Senate candidacy — twice. He attended the Republican National Convention in Minneapolis and has formed a political action committee. 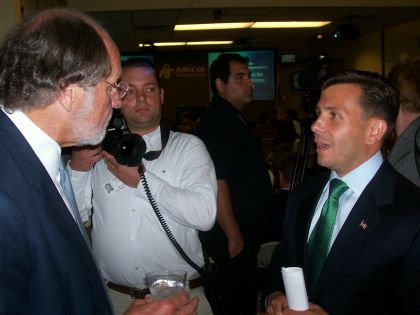