The announcement last week that Assemblyman Harvey Smith will run for Mayor of Jersey City means there will be an open State Assembly seat in Hudson County’s 31st district, which includes part of Jersey City and all of Bayonne. The two key players in deciding who represents this district in the State Assembly are Jersey City Mayor Jerramiah Healy (the Hudson County Democratic Chairman) and State Sen. Sandra Bolden Cunningham. If Healy and Cunningham get together – which would mean Healy would be seeking re-election with the endorsement of his predecessor’s widow – than the endorsement of the Hudson County Democratic Organization may be tantamount to election this year.

Also at stake is the seat of Anthony Chiappone, a two-term Assemblyman (2004-06 and 2008-date) from Bayonne. Chiappone is at odds with the newly-elected Mayor Bayonne, Mark Smith, a Healy ally. But Cunningham likes Chiappone, who ran with her late husband in 2003 and with her in 2007. If a deal for Cunningham to endorse Healy in the mayoral race includes keeping Chiappone in the Assembly, then Chiappone will likely return to Trenton. 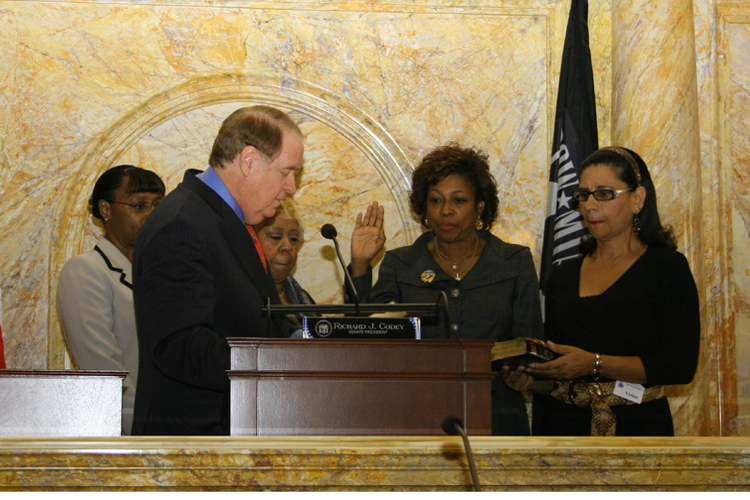