HOBOKEN – As elected officials here in the face of public discontent try to make their various arguments for why the state has assumed control of the municipal budget, at least one former elected official is watching from the perimeter.

In a phone conversation today with PolitickerNJ.com, Marshsaid she was unlikely to run for mayor in 2009, and in one scenario would absolutely rule out the possibility.

"I'm 100 percent in support of Dawn if she runs," said Marsh, whoranunsuccessfully for the Assemblylast year in the 33rd District on a ticket with West New York Mayor Sal Vega and Nicole Garcia of Union City.

What if Zimmer doesn't run?

"I never say never," Marsh answered. "But if she runs, it would be ridiculous for me to run. Dawn and I share the same vision for Hoboken."

As for running for a council seat on a slate with Zimmer, Marsh said only, "I am committed to doing what's best for me and for the city of Hoboken." 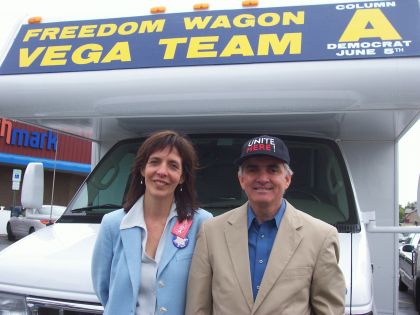