The man in a jogging suit and sneakers turns onto Main Street and runs through Raritan, past the taverns and pizza parlors and churches and convenience stores.

He keeps a good pace as he heads out of the downtown business district, through a few blocks of residential housing and then across Route 206 and into Somerville.“I want to show people I’m hungry for this nomination,” says Assemblyman Richard Merkt (R-Mendham).

There aren’t a lot of people out here who appear to be hanging on his every footfall, let alone his every word. With the exception of his campaign manager Chris Venis in tow and his daughter, occasionally – Merkt runs alone.

“It’s a subterranean campaign, a submarine-style campaign,” admits the long-shot GOP gubernatorial candidate, a lawyer who once ran on a doomed Assembly ticket with presumptive Republican frontrunner, former U.S. Attorney Chris Christie, who is not yet officially in the gubernatorial race.

Merkt doesn’t mind running alone, particularly since that 1995 debacle with Christie left him in debt and walking on a beach wondering if he had the wherewithal to run for office and win before he bounced back with his 1997 Assembly campaign and won convincingly as a solo act, and kept winning.

Ten years later, he’s running for governor, and the past history with Christie and the fact that the two men are from the same upscale, leafy town in Morris County create inevitable questions about what he’s doing in the race.

He insists his run has nothing to do with Christie and most Republican insiders say they believe him, calling Merkt a true-believer conservative who wants to get his ideas out there after a decade in the legislature, much of which he’s spent churning out minority party press releases, calling for the adoption of “New Jersey: the Bill of Rights State,” as the state slogan, the abolition of the Council on Affordable Housing, and for less government in general.

Today Merkt issued a release noting that since launching his campaign for governor in the fall, he has literally run in over 300 towns around New Jersey, including every municipality in nine counties. He’s covered ground in all 21 counties.

Yesterday, he was huffing his way through Mercer County. Today, he’s jogging the hills of Passaic.

He’s been so successful with his runs – although he admits to this point he’s only lost about four pounds – Merkt says his goal now is to run in every one of New Jersey’s 566 municipalities before next year’s primary election for governor.

“You see, quite frankly, that life in New Jersey is diverse, that our towns are different and cannot be subject to one, cookie cutter model,” he says. “You see how people are living in New Jersey, and a lot of people are struggling right now. They have concerns about a failing economy, job losses, crushing property taxes, and a state staring down the barrel of bankruptcy. Getting out to every town in this way demonstrates a work ethic, and a commitment to working for the people of this state.”

He gets in a shot at New Jersey’s millionaire governor.

“Could you imagine Jon Corzine out here running like this? Part of his problem is he didn’t have to do anything hard to get where he is,” says Merkt. “What investment had Jon Corzine made? I’m willing to bet that Jon Corzine as a candidate or as governor has not been to all 566 towns.”

He takes a cell phone call, chats animatedly about his ideas – and keeps running. 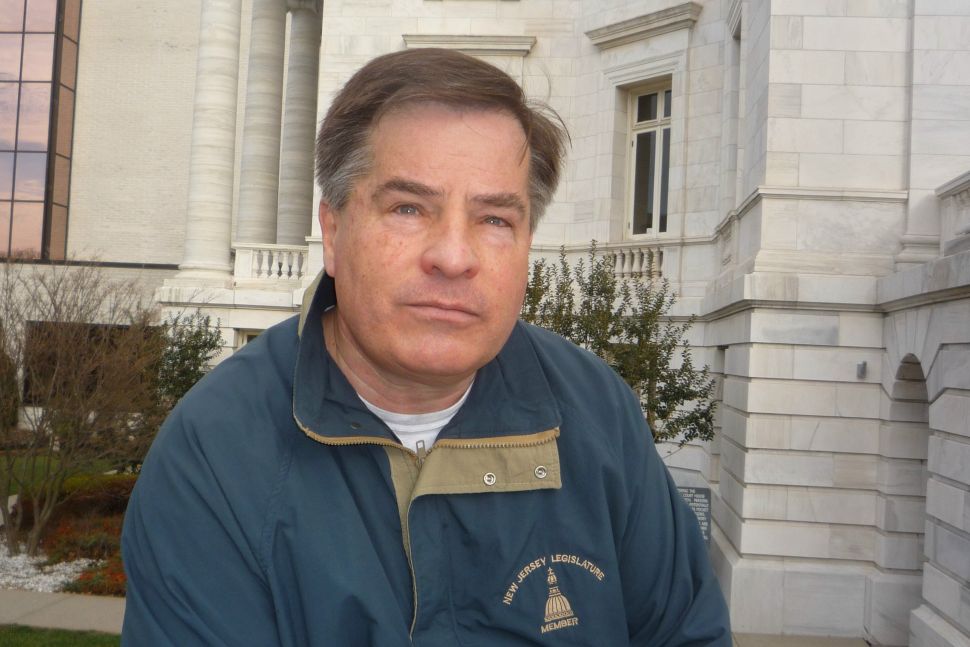