After a year of feuding with the freeholder board over budget issues and hiring practices, Hunterdon County Sheriff Deborah Trout thought she was starting to make progress.

She had met with Freeholder Will Mennen one-on-one several times, and he was helping her iron out the differences. So it came as a surprise to her and the rest of the board two weeks ago when Freeholder George Melick introduced a resolution calling on Trout, who is only one year into her first term, to resign.

"Things are settling down, everyone is happy, getting what they want: peace," Trout said. "And, then when that came out, I said ‘Where is this coming from? We're finally getting things done.'"

The non-binding resolution contained a litany of complaints mostly focused on the argument that Trout failed to fulfill – or even attempt to accomplish — her main campaign promises. Unprepared for such a drastic statement, the board put off its decision for a week, instead adopting a slightly watered down version by a vote of 3-2, which called on Trout to resign if she did not immediately begin fulfilling every one of her campaign promises.

"Whereas Sheriff Deborah Trout has broken every promise made to the citizens of Hunterdon County under her Platform for Success, NOW, THEREFORE, BE IT RESOLVED, that the Hunterdon County Board of Chosen Freeholders, acting in good faith and being mindful of their fiduciary responsibility to the citizens of the County of Hunterdon are compelled to call for Sheriff Trout's immediate adherence to the principals and promises outlined in her platform for success or if she is unable to fulfill those promises then her resignation from the Constitutional Office of the Sheriff."

How the situation came to this point depends on who you ask, but it is the culmination of a feud that began one year ago, after Trout – who had already won a lawsuit against previous Sheriff Bill Doyle – entered office.

To Trout, the freeholder board has been setting her up for failure by refusing to give her the funds she needs to run her office – a good ole boys club hoping to watch her fail.

To her critics, Trout is lawsuit mad, and has spent more time worrying about having a big enough budget to pay salaries for unnecessary patronage position than working in necessary cutbacks.

One of the early points of contention was Trout's hiring of George Muller, a former freeholder and one of her opponents for sheriff, as an undersheriff. Then it came out that two investigators she hired had been forced to resign after the county prosecutor charged them for lying about their backgrounds.

The constant undercurrent has been fights over the budget. Trout said that she was given no choice but to file a lawsuit against the freeholders when she wasn't getting the funding the office required, despite a campaign pledge to eliminate lawsuits.

It's not just the freeholder board that's gotten in on the act. A group of non-elected officials have started a petition drive for a recall election and have started a web site called outwithtrout.org. The threshold they need to meet, however, is particularly difficult: one quarter of the county's registered voters in last year's election, which is over 21,000 signatures.

Trout said that she's accomplished some of her campaign promises but many have fallen by the wayside because of the constant fighting with the freeholder board, which controls her budget.

"I've lived up to some. I'm in the process," she said. "Obviously I'm only in office my first year and the majority of time was spent fighting with the freeholders rather than doing a lot of the things I wanted to do."

It's not that she wanted a bigger budget, she said, just the same amount as the previous year – enough to keep up with the contractually obligated raises required within the department.

But Melick said keeping the budget the same in a time of economic crisis is not an option, equating county government to his own business as a farmer and business owner.

"I'm standing right now in the middle of a family business here in Oldwick, and if we don't have work we don't need people," he said in a phone interview.

Mennen, who voted in favor of the resolution, acknowledged that he and Trout had made some progress on working towards the budget although "stumbling blocks remain." But rather than set back progress, he said the resolution might force Trout into action.

"The redraft of the resolution gives her a chance, is the way I like to look at it, and it says ‘listen, live up to your promises, but if you can't it goes into what George Melick sort of originally intended,'" he said. "It's just become very combative, and I think we've got to find a way to make this work. I want to believe the best in people, and I think that she has in her, as we all do, the ability to do what's right. And I'm counting on her and hoping that she can do it."

But Freeholder Matt Holt, who voted against the resolution, said that it is counterproductive – inflammatory and unenforceable.

"We had put forth a temporary budget, worked it very reasonably through… I'm ready to go do battle again at any given point in time, but let's not throw gasoline on the fire when we might not need to do that," said Holt. "We've gone from a situation where we had a huge bonfire and brought it down to smoldering coals."

Holt, however, made it clear that he is not defending Trout, but that he didn't feel that broken campaign promises were enough justification in calling for a resignation. Holt also felt that the language of the resolution was part factual and part opinionated.

"If there's dissatisfaction with the work that the sheriff is doing, 18 months from now there will be a primary for that seat," he said. 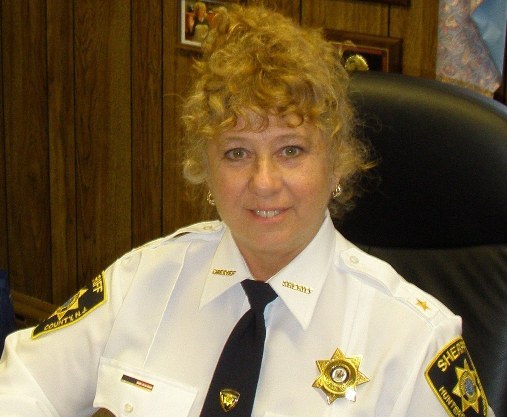