As a Republican Congressman who served out his final term during the Watergate scandal, Peter H.B. Frelinghuysen did not know Mark Felt, the FBI’s number two man who turned out to be the famous “Deep Throat.”

But, reflecting on Felt’s passing yesterday at the age of 95, Frelinghuysen said he did the right thing by leaking information to Bob Woodward, and wishes there were more whistleblowers like him.

“If it’s something that should be talked about, we should talk about it,” said Frelinghuysen, 92, whose family has been prominent in New Jersey politics for over two centuries. “The sad part about Nixon was we were ready to impeach him if he hadn’t resigned.”

Frelinghuysen entered the House in 1953 – the same year Dwight Eisenhower took over the presidency. But unlike many of his fellow Republicans in the mid-1970s anti-Nixon wave, Frelinghuysen’s retirement was not forced. After 22 years, he felt he had been in office long enough in his safe district.

Looking back on it, Frelinghuysen has a hard time understanding he motivations behind the players of the Watergate scandal.

“I thought it was a foolish thing. What were they trying to prove? I never understood why they went for such risks. But politics being what it is, I guess you have to expect odd things. We’ve got odd ones going on now,” he said.

But although he witnessed perhaps the greatest political scandal in American history, he believes times have changed for the worse.

If it was up to Peter Frelinghuysen, he would end his branch of the family’s involvement in politics there.

“I wouldn’t be recommending my grandchildren to get into politics anymore. It’s a very changing, difficult business to be in,” he said. “It’s such a rough game and it’s depended so much on money. Everybody is out for blood. I’m appalled by the partisanship.”

While politics has always been rough, Frelinghuysen said, both sides have taken partisanship to the extreme.

“I had Sam Rayburn when I came in, and he knew his business, he knew he was speaker of the whole house – not just the Democrats,” he said. “Nancy Pelosi, I think, is a poor excuse for a leader. I think it has changed drastically.” 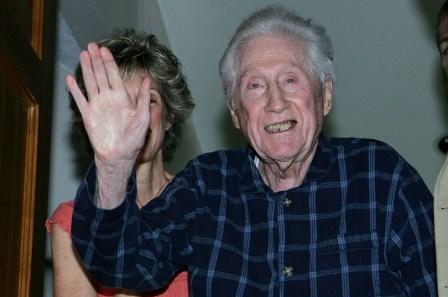