Sussex County Republican Chairman Richard Zeoli will step down from his leadership post to run for the freeholder seat being vacated by seven-year incumbent Glen Vetrano, who has decided not to seek reelection next year.

Zeoli, 33, has been chairman of the county’s dominant party since 2003.

“I have a real love for this county and a belief that it’s time to give back. I was encouraged by a lot of elected officials,” said Zeoli.

Zeoli runs the public relations firm RZC Impact, and recently published a book on public speaking. He is the former District Director for U.S. Rep. Scott Garrett (R-Wantage) and worked as an aide to legislators in the 24th Legislative District.

“I built up very strong relationships over the last five years with elected officials all over the county, and I have a good breadth of government and business experience that I can bring to the table,” he said.

State Sen. Steve Oroho (R-Franklin Twp.), who’s not up for reelection until 2011, said that he asked Zeoli if he’d be interested in running after Vetrano decided not to seek reelection.

McHose compared Zeoli’s background as a legislative aide who has preexisting relationships with local officials to her own. After Vetrano abruptly decided not to run, McHose said that she and the other members of her slate decided that Zeoli’s experience best qualified him to fill the spot.

Zeoli will step down from the chairmanship on February 1. The party will hold a convention within 30 days to pick a replacement.

At the moment, it is unclear if anyone else is considering running for Vetrano’s seat.

“Everyone seemed to think that the two A’s running together — Zellman and Zeoli — would be a strong team,” said McHose.

*Update: Richards issued a statement saying that he is not interested in the chairmanship.

"While I am both an ardent supporter of the Sussex County Republican Party and deeply honored to be among those considered to take on the responsibility of Party Chair; at this time I must maintain my primary focus on my obligations to my family, to my wife Lexi and our four children, as well as to my duties in my career as a Police Officer for the Town of Newton where I am a Lieutenant supervising the Investigative Division of the Police Department. As it is plain to see, I don’t currently have the necessary time required for such a position," he wrote 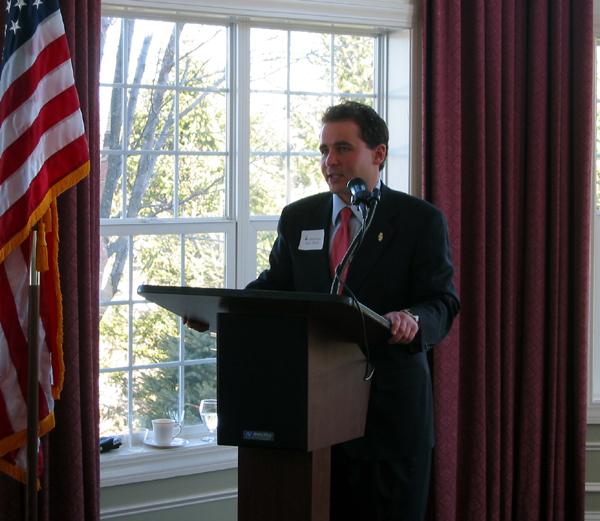