Freshman Assemblywoman Cleopatra Tucker is in danger of losing the support of the Essex County Democratic organization if she runs for re-election to a second term in 2009, Democratic sources say. Part of the deal to keep Assemblywoman Grace Spencer, perhaps Newark Mayor Cory Booker's closest friend in the Legislature, in her 29th district seat is to replace Tucker with former Assemblyman Craig Stanley, who lost his bid for renomination in the June 2007 primary.

Spencer had been threatened with a challenge from her predecessor, William Payne, who gave up his Assembly seat last year to mount an Independent bid for State Senate against Teresa Ruiz. But Payne, the brother of U.S. Rep. Donald Payne, is willing to stay out of the race if Democrats will back Stanley, his nephew, for the 28th district seat. Stanley and another incumbent, Oadline Truitt, lost the '07 primary to Tucker, whose late husband held the seat (and a seat on the Newark City Council) until his death in 2005, and Ralph Caputo, who is also an Essex County Freeholder. Stanley and Truitt ran on a ticket with Ronald Rice, who held his State Senate seat in a primary against Booker-backed Freeholder Bilal Beasley. 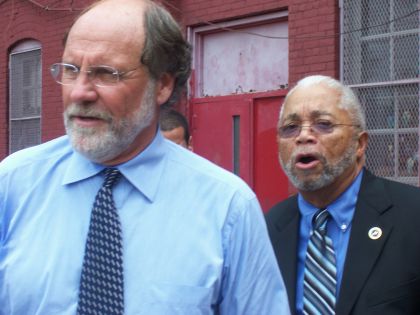