Bauer, a Commissioner of the Port Authority of New York and New Jersey, gained national prominence as an activist on behalf of families of the September 11, 2001 terrorist attack. He husband, David, was killed at the World Trade Center.

Covenant House's incoming President Kevin Ryan called Ms. Bauer "one of the most effective and inspiring advocates for the voiceless I have ever met. Ginny's life is a master class in faith, optimism and service to others. She will be a tireless fighter for our kids." On February 2, Ryan, who also served in Gov. Jon Corzine's cabinet as Commissioner of Family Services, will become the fourth president in the history of Covenant House. 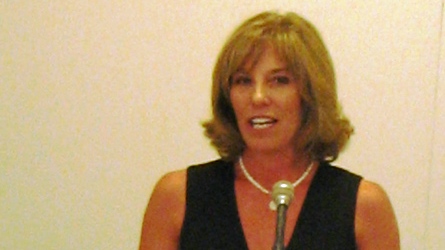