BRANCHBURG – Former U.S. Attorney Chris Christie today defended his decision not to attend the New Jersey Chamber of Commerce’s Walk to Washington event, arguing that it was obvious how the annual chamber trip has become a symbol of what is wrong with state politics.

To the point that key Republican allies and GOP leaders were on the train and did not appear to consider their condition morally compromised, the Republican candidate for governor said, “I make my own decisions.”

Christie was here in Branchburg this morning to participate in a candidates’ forum sponsored by the Somerset County Federation of Republican Women.

To a PolitickerNJ.com question about what his campaign consultant, Mike DuHaime, was doing at Union Station when the chamber train pulled into D.C., Christie explained, “Mike DuHaime was in Washington for a separate event. He was going to a Republican National Committee (RNC) meeting.”

Christie formally kicks off his campaign for governor this coming Wednesday and Thursday. 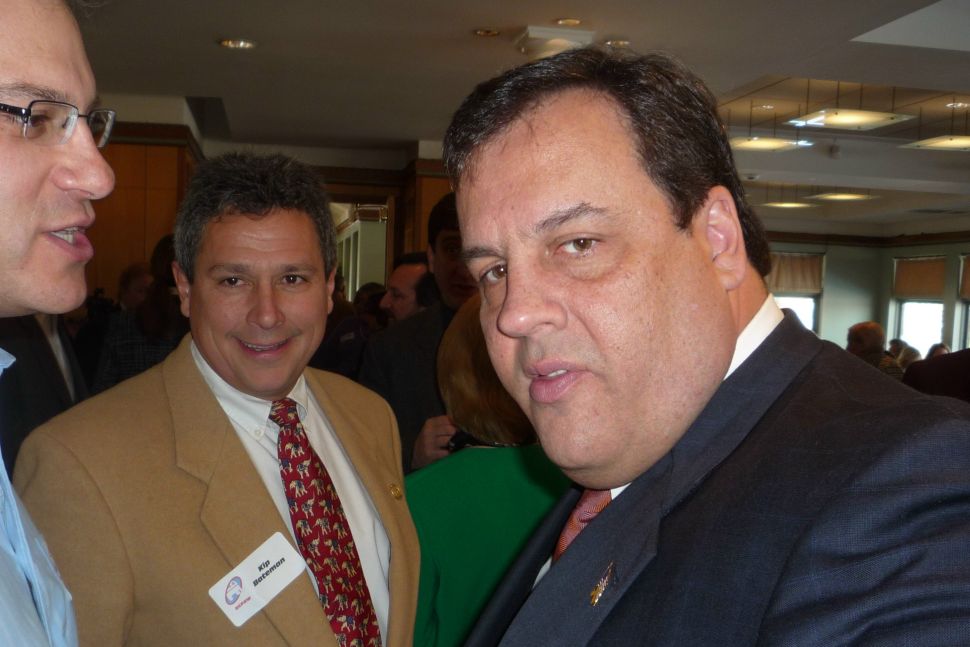