Focused on the reelection of Gov. Jon Corzine, the Democrats issued a brief statement today, taking a three-candidate in one shot in the wake of former U.S. Attorney Chris Christie’s announcement that he's planning to run for governor. 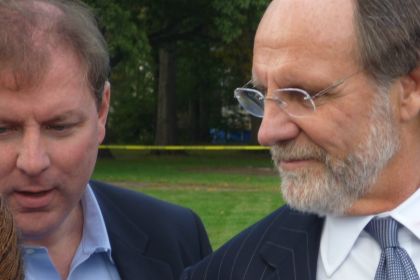