One of the winners of the week has got to be Attorney General Anne Milgram, who took a risk and personally argued Gov. Jon Corzine's case against the release of his personal e-mails before a panel of appellate court judges and won. Overturning a Superior Court Judge's ruling that Corzine should make e-mail correspondence with former girlfriend/union leader Carla Katz public could play a pivotal role in the Governor's bid for a second term.

Katz's lawyer in the e-mail matter was Paul Fishman, a former federal prosecutor and Clinton administration official who wants to the New Jersey's next U.S. Attorney. Fishman reportedly has the backing of U.S. Sen. Frank Lautenberg – one of two votes he needs to get the job. But Democratic sources familiar with the selection process continue to suggest that Fishman won't get the job – for reasons unrelated to his representation of Katz. 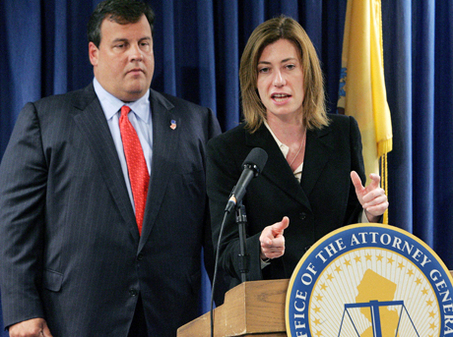