“I’d like to know why the three Republican gubernatorial candidates aren’t interested in finding answers for our economic troubles and are instead all too eager to throw their friends and colleagues under the bus as a political stunt,” said Democratic State Chairman Joe Cryan, referring to thumbs-down statements of the chamber event issued by former U.S. Attorney Chris Christie and other Republicans candidates for governor.

“We’re hopeful that New Jersey residents will make a quick recovery from the greatest economic downturn in our lifetime,” Cryan added. “However, it’s unfortunate that some of those who would want to make the decisions to get us out of this mess are so unwilling to take the time to listen to those directly affected by this crisis. For a party so obviously out of ideas, it’s amazing that three out of their four gubernatorial candidates continue to bury their heads in the sand.”

Among the GOP candidates for governor, Assemblyman Richard Merkt (R-Mendham) issued the first and arguably most explicative condemnation of the “Walk to Washington” train ride as an “example of what happens when government is handed over to the control of special interests."

“This trip really represents backroom influence-peddling at its very worst,” said the underdog gubernatorial candidate, “truly a government by, of, and for political insiders. The public interest is, quite literally, left at the doorway to the train, with the politicos secretly wheeling and dealing their way to the Nation’s capital.” 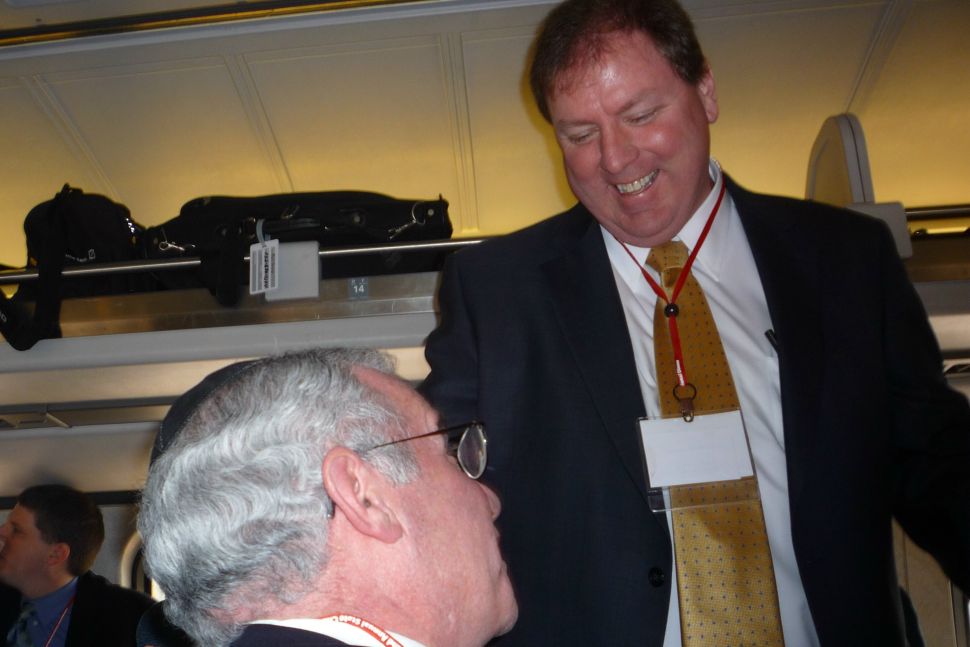