CLINTON – His name’s in and Assemblyman Michael Doherty (R-Washington Twp.) strides across the stage in front of the burgundy curtain, a 45-year old retired Army captain, 6 ft. 2 and ramrod at the podium now, telling the crowd he wants government out of people’s lives and out of their wallets.

To win today, Doherty will need to prove he did the political legwork in Hunterdon County, which has about 40 more county committee seats than Doherty’s Warren County. His allies say he has them, thanks to his vanguard role as a movement conservative, andit doesn't take long for theboom to come into his voice as hetries to prove his viability.

“I’m a fiscal and social conservatism,” he explains.

He’s against gay marriage and judicial activism – a big difference between him and his state senate opponent Assemblywoman Marcia Karrow (R-Raritan Twp.), he notes.

“I’m sick and tired of judges deciding the great issues of the day,” Doherty cries.

But he also wants to be sure people know he’s also squared away on local rural issues, stepping right into the wheelhouse of Karrow, who prides herself on constituent services.

He reminds voters of public meetings he hosted to protect homeowners’ rights to keep their outdoor wood burner units running to heat their home.“You know what happened at the end of the second night of public meetings, the head of the DEP said, ‘don’t worry, if no one’s having a problem, people will be able to continue to use their wood burners,’” Doherty boasts.

He jabs at Karrow’s record as a local elected official and freeholder, arguing that county debt went up $20 million under his opponent’s watch. 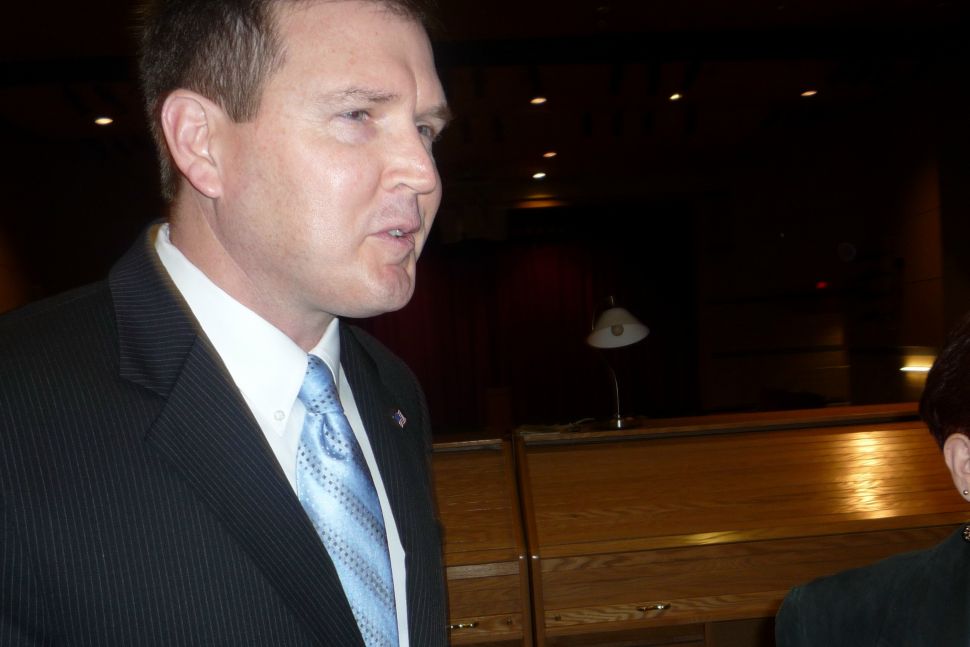