U.S. Senator Frank Lautenberg is 85-years-old today. Born on January 23, 1924 in Paterson, Lautenberg founded Automated Data Processing (ADP) and served as a Commissioner of the Port Authority of New York and New Jersey before winning election to the U.S. Senate in 1982. He was re-elected in 1988 and 1994, and again in 2002 and 2008.

With the defeat of Ted Stevens (R-Alaska), Lautenberg is the second oldest member of the U.S. Senate; Robert Byrd, 91, is the oldest. Following the death of James Pearson (R-Kansas) earlier this month, Lautenberg now ranks 20th among the oldest living current and former members of the United States Senate. 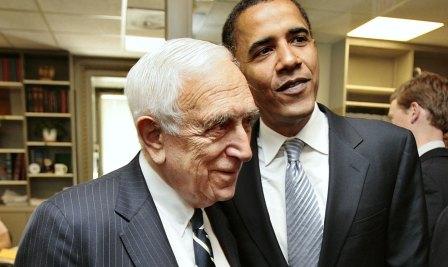