Chris Christie’s refusal to have his picture taken with Rick Merkt at a Republican event in Summit was probably just the former federal prosecutor being angry with his Mendham neighbor for entering the race for the GOP gubernatorial nomination. But the drama does raise an interesting question: how should people read Christie if he declines future photo opportunities?

Back in 2006, when Barack Obama came to Camden County to campaign for U.S. Senate candidate Bob Menendez, then-State Sen. Wayne Bryant, not yet under indictment but under fire for some ethical mishaps, joined the two on stage – creating an incredibly awkward moment for the Menendez campaign.

Let’s say Christie turns down some Republican Freeholder’s request for a photo, or if a campaign staffer stops some Borough Councilman from being on a stage with Christie despite the presence of other elected officials. Since Christie has knowledge of pending Justice Department probes that he cannot discuss, might he be sending some sort of a signal? 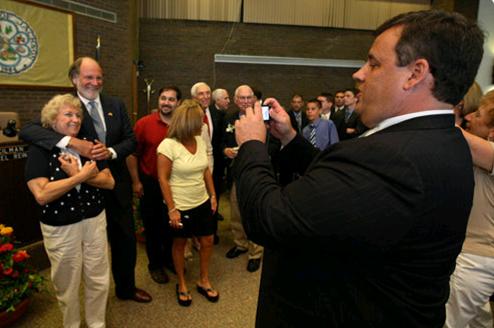