"If he ever ran for Senate, he would have my support," Kasparian told PolitickerNJ.com. "I am all about Bergen."

The remark came to a question within the context of some statewide intra-party wrangling that goes back to last year's U.S. Senate primary.

Of course, as a congressman from Bergen County, Rothman hoped that in such circumstances,he would be in a favorable position to winthe county chairman'sendorsement for U.S. Senate.

But with Ferriero's departure this month to face federal corruption charges and the arrivalto the chairmanship of Michael Kasparian, sourcesclose toRothman say he wanted assurance he could depend on Kasparian's backing in the future in the event the congressmansees an oppurtunity to run for the Senate.

Well-positioned with money and his congressional record to makehis ownmove in the event of a U.S. Senate vacancy, U.S. Rep. Frank Pallone (D-Long Branch) also enjoys a good relationship with the Armenian community, according to Bergen sources.

Concernamong Rothman allies was that thePallone connection could translate intothe Monmouth Countypoliticiangaining an edge with Kasparian, who insists that his ethnic community is one group and his party affiliation another.

The new chairman reiterated his position on the matter.

"We're friends," Kasparian said of Pallone. "But I'm all about Bergen." 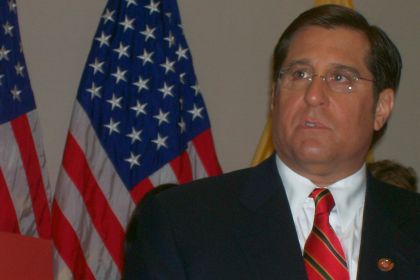