Passaic County Democrats will have a lot on their plate over the next few months as they decide who to run for two Freeholder seats and if they'll back embattled County Clerk Karen Brown for re-election. Democrats expect two Freeholders, Sonia Rosado and James Gallagher, not to run again – at least in the case of Gallagher, not as a Democrat.

Brown won the post five years ago when she ousted two-term incumbent Ronni Nochimson by a 54%-46% margin. Nochimson, who was the last Republican to hold countywide office in Passaic County, switched parties in 2006 and has said he wants to run for her old job as a Democrat. Brown has a strong ally in U.S. Rep. Bill Pascrell, but will have a tough time convincing Democratic County Chairman John Currie and some of the Democratic Freeholders to support her.

Woodland Park Councilman Keith Kazmark, who is the Elmwood Park Municipal Clerk, is also reportedly interested in running for County Clerk. Kazmark is a former Democratic political operative with strong ties to party leaders across the county.

Gallagher, who has been feuding with Democrats, ran for Mayor of Little Falls last fall as an independent and finished a distant third while siphoning off enough votes to assure a Republican victory over Democrat John Agostinelli, a former Councilman. He has virtually no chance to keep his Freeholder seat, although he might run again as an independent. But don't expect him to help Republicans – his father-in-law, former Paterson Mayor Lawrence "Pat" Kramer, is part of a rival GOP faction seeking to oust Assemblyman Scott Rumana, the Republican County Chairman.

Correction: Kramer told PolitickerNJ.com on Tuesday that he stands with Rumana. “There seems to be some confusion out there. I just wanted to set the record straight: Scotty Rumana has my complete and total support as County Chairman," Kramer wrote. "Scott Rumana and his team have been and continue to be effective in their efforts to rebuild the Passaic County Republican Party. I was happy to be with him last time when he ran for Chairman and I stand with him now.”

Possible candidates for freeholder include: Agolstinelli; Haledon Mayor Domenick Stampone; Hawthorne attorney Evangaline Gomez; Paterson City Councilmen Rigo Rodriguez, Julio Tavarez and Aslon Goow; Paterson Board of Education member Wendy Guzman; Hawthorne mortgage broker Dino Callegari; and Augusto Penaranda, who has lost three races for the Paterson Board of Education. There will be some pressure on Democrats to fill Rosado's seat with a Latino from Paterson. 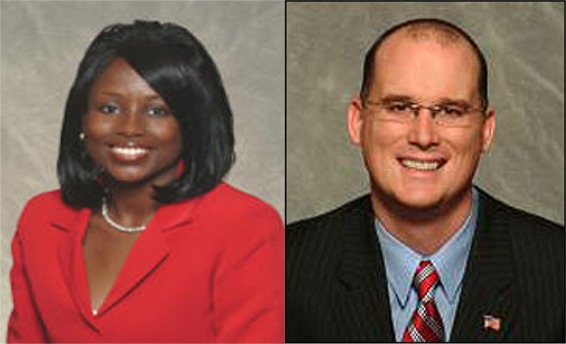