CLINTON – The middle school sits on the side of Route 78 and a packed parking lot gives an early indication that turnout is heavy for this special Republican Convention wherecommittee members from Warren and Hunterdon counties will determine the party nominee for state senator in the 23rd District.

Both candidates, Assemblyman Marcia Karrow (R-Raritan Twp.), the Hunterdon-based candidate -and Assemblyman Michael Doherty (R-Washington Twp.) from Warren,work the coming throng in the hallway outside the auditorium, where voting will occur.

"The guy's a political animal," says a political insider, observing Doherty going for people's hands even before their gloves are off as they come through the big double doors and into the school.

She's mobbed by committee people just before they go through the hallway doors.

"The thing about Marcia," says another insider, "is she works it. No one works it the way she does."

Bloomsbury Mayor Mark Peck may get in that primary race, too, and before he heads into the auditoriuum, he says, yes, he believes turnout's big.

Everyone's confirming that, andseats are filling up fast inside, with Warren County committee members on the left and Hunterdon on the right. 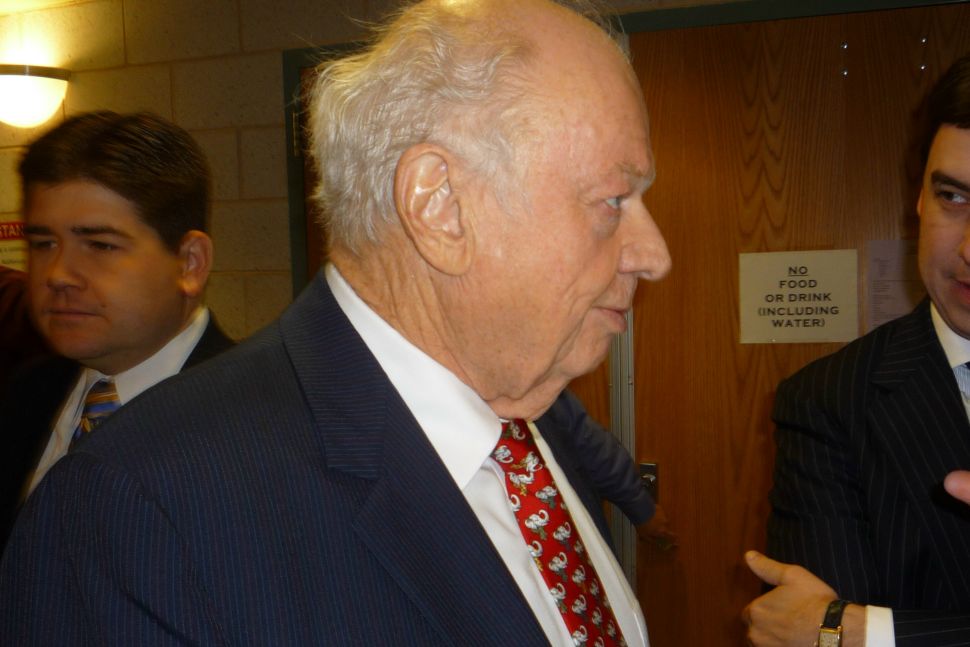