Jersey City Ward C Councilman Steve Lipski, who in November made international headlines for allegedly urinating on Washington, DC concertgoers from a balcony, this week formally announced in a letter to the Jersey Journal that he will not seek reelection to his council seat.

"I need to step back because I did not manage my life well. I let alcohol, at times, become a fix for the stress I was experiencing, and my poor judgment resulted in numerous problems and indescribable embarrassment to the position I hold and to me personally,” he wrote to the paper. “I am stepping back to deal with these issues.”

Lipski had already told members of a local neighborhood association earlier this week that he did not intend to stand for reelection. He faced pressure not to run from his former political allies, and had already been dropped from Mayor Jerramiah Healy’s council slate.

Although Lipski has never formally admitted to urinating on fellow fans of the Grateful Dead tribute band Dark Star Orchestra, he changed his initial not guilty plea to an “Alford plea” last month, which allowed him to maintain his innocence while acknowledging that the evidence against him was overwhelming and enough to convict. The Jersey City Reporter said that he was sentenced to one year of probation (possibly six months with good behavior), a $50 fine, some community service and alcoholism counseling. 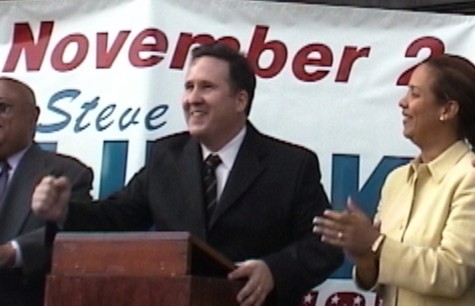