"Mikehas an overwhelming passion to vote against taxes, as you see in your packets, he's voted 103 times against taxes," O'Malley tells the packed house.

In the back of the crowd stands State Senate Minority Leader Thomas Kean, Jr. (R-Union).

"I'm neutral," says Kean of the Karrow-Doherty showdown. "I will support the Republican nominee."

He removes an envelope from his pocket.

"There is a senate pin in there that I will present to the winner," says Kean. 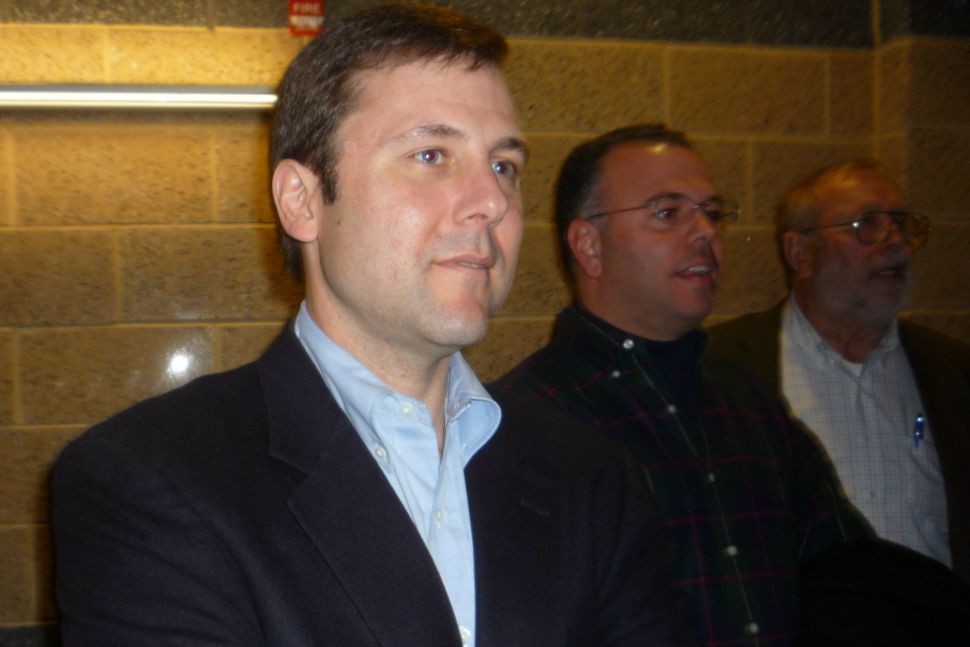