Bloomsbury Mayor Mark Peck acknowledged today that he is mulling a run for the Assembly in the 23rd District.

“It’s certainly something I’m considering, and it’s a matter of where I think I can make the most difference,” said Peck, who failed in his 2005 primary bid for the Assembly, and last year challenged Hunterdon County Republican Chairman Henry Kuhl and lost.

“We needed new direction and new energy in the Republican Party and to date I’m pleased to see a lot of the reform aspects I called for have been adopted,” Peck said of his challenge to Kuhl. “The party is more open and inclusive, they’re having more lower-cost events, they have a website up and running, and there is more of an effort to communicate electronically.”

Three men are officially in the race to claim what will be vacant Assembly seat in the 23rd District after Saturday when either Assemblyman Michael Doherty (R-Washington Twp.) or Assemblywoman Marcia Karrow (R-Raritan Twp.) moves up to become the senator.

Of possible alliances in the future with his senate candidate Doherty, the hard-right conservative Peck said only, “I rule nothing out.” 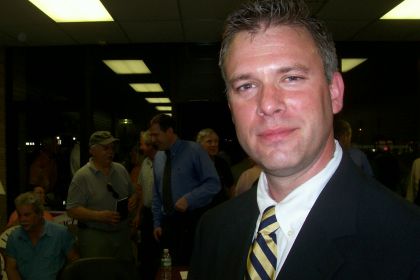