Bloomsbury Mayor Mark Peck won’t pursue a run for the Assembly, he told PolitickerNJ.com this morning.

“I think I’m going to sit out the Assemby race,” said the ally of Assemblyman Mike Doherty (R-Washington Twp.), who endorsed Doherty at Saturday’s special convention in Clinton Twp., where Doherty lost his bid for the state senate.

“It’s very flattering to be considered in the mix, but there are three very capable candidates in there right now and the timing doesn’t feel right for me,” he explained.

“I’m not surprised Marcia won,” Peck said of Saturday’s convention results. “I am surprised at the margin.”

He said he doesn’t plan to endorse a candidate for the Assembly at this time. Regarding running for the vacant seat or seats on the freeholder board in the event that Holt and/or Peterson moves up to the Assembly, Peck said, “it’s certainly something I’d consider.” 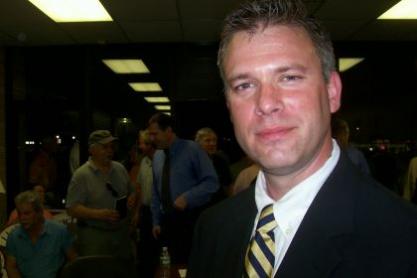