When Marcia Karrow literally takes her seat in the State Senate, it will be in the back row of the chamber. The seat set aside for her (Minority Leader Thomas Kean, Jr., who decides where Republicans sit can change his mind) is between two Ocean County Republicans, Christopher Connors and Andrew Ciesla, according to a seating chart provided by the Office of Legislative Services.

One of the prime seats in the chamber, the aisle desk in the second row, behind Kean, has now been assigned to Robert Singer, a six-term Ocean County Republican who is the Ranking Minority Member of the Senate Health, Human Services and Senior Citizens Committee. That's the seat Leonard Lance, the former Minority Leader and the Ranking Minority Member of the Senate Appropriations Committee, occupied before his election to Congress.

Because the Senate chamber is divided into two sections of twenty desks, three Democrats sit on the Republican side of the aisle. 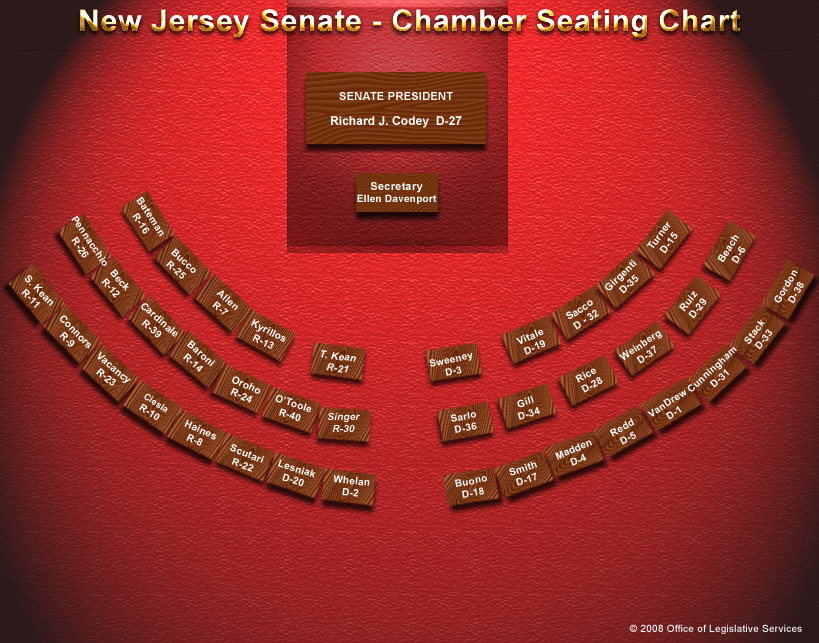