Since the Bergen County-based 38th legislative district was created, every State Senator has eventually failed to win re-election. Republican Frederick Wendel, elected in 1971, lost to Democrat John Skevin in 1973. Skevin was defeated by Republican John Paolella in 1981, and Paolella was ousted by Democrat Paul Contillo in 1983. Contillo was unseated by Republican Louis Kosco in 1991, and Kosco lost in 2001 to Democrat Joseph Coniglio. Coniglio dropped his bid for a third term after the 2007 primary after published reports that he was the target of a federal criminal probe. He was replaced by Democrat Bob Gordon.

The 38th district was viewed as politically competitive until '01 redistricting, when heavily Democratic Fair Lawn and Fort Lee were added to the district. Adjustments to the map in 2011 is potentially concerning to Gordon. 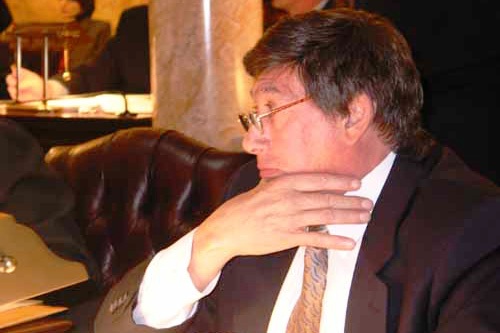