The race for the Republican gubernatorial nomination moved to the negative side yesterday when a comparison mailer paid for by Steve Lonegan’s campaign criticized rival Chris Christie for being the “pro-choice candidate.” Christie has made it clear that he is pro-life, and backed it up with an early endorsement from U.S. Rep. Christopher Smith, who has been New Jersey’s leading pro-life Republican for nearly thirty years. Smith rarely endorses in statewide Republican primaries, and observers who say that he would not have backed a candidate who doesn’t share his pro-life position are accurate. 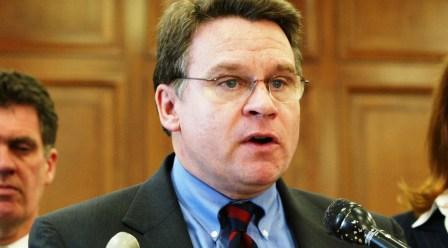