Camden County Republicans have given the Inside Edge a rather firm and deserved slap for speculation yesterday that former Black Horse Pike Regional School District President John Custodio, a Republican, could be an outside-the-box pick for Democrats when they replacing retiring Assemblywoman Sandra Love. The GOP says that Custodio, a longtime governmental affairs executive who is held in very high esteem by both parties – in Trenton and in South Jersey – is too principled to switch parties.

Shelley Lovett, a Gloucester Township Councilwoman who was the GOP State Senate candidate in the fourth district two years ago, says that Custodio "would be a great representative in the Assembly," saying he is a fiscal conservative who "would stand up to Jon Corzine and fight for taxpayers in South Jersey."

"Unfortunately, John would never fit in with the Democrats in Trenton because he holds his fiscal conservative principles so strongly," Lovett added. "We know from the recent incident with Assemblyman Greenwald that those who speak up against Jon Corzine will be muzzled."

Two GOP chairmen also dismissed the idea that Custodio might run as a Democrat.

"This is insane," said Gloucester Township GOP Chairman Ray Polidoro. "It's more likely that Dan Hutchison would run as a Republican — again — than John Custodio would run as a Democrat. It's clear to me that the Democrats are just nervous and desperate."

Camden County GOP Chairman Richard DeMichele took the Lloyd Bentsen approach: "I know John Custodio," DiMichele said. "And John Custodio is no Democrat. He wouldn't be caught dead on a ticket with a tax-hiker like Paul Moriarty."

The question now is whether Republicans can recruit Custodio, who reportedly considered running in 2007, as their Assembly candidate in 2009. 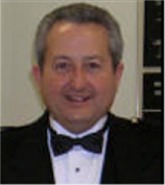