Caruso, who’s from Wayne, will run with Franklin Lakes resident Anthony Rottino, a businessman who owns two Harley-Davison dealerships and part of a Gold’s Gym. Rottino has never sought elected office before. The two appear to be mounting a challenge to the right of Rumana and Russo, who are both considered moderate.

Caruso and Rottino will make their announcement on Thursday at 7p.m. at the Packanack Lake Clubhouse in Wayne, which they say is intended to send a “message to the establishment Republicans in Trenton.”

“Trenton’s legislators have created a state that punishes success and rewards dependency on government,” said Caruso in a statement. “It is time for professional politicians to move aside and give experienced business people a chance to lead. Anthony and I will help shape a business environment that leads to the creation of well paying jobs.”

Caruso has sent out several emails to political insiders outlining his governing philosophy, and has mostly left Russo untouched by criticism while targeting Rumana. Today’s press release, however, does include a quote by Rottino criticizing Russo, along with Rumana, for not “mounting a serious challenge to the school funding mess.”

Although Rumana prides himself as one of the most vocal Republican critics of Council on Affordable Housing (COAH) regulations, Caruso complained that he did not go far enough – that he should denounce the idea of affordable housing requirements altogether.

“Assemblyman Scott Rumana has failed for a year now to denounce COAH and the premise that ‘affordable housing is a right.’” said Caruso. “That shows me he is not a leader.”

Caruso and Rottino went on to criticize the incumbents for not resisting Democrats enough on issues like illegal immigration and state aid to urban school districts.

District 40 covers parts of Bergen, Passaic and Essex Counties. It is considered a safe Republican district, so the winner of the primary will likely have little trouble prevailing in the general election.

Rumana said that he's confident about his reelection prospects.

"Dave (Russo) and I welcome the competition," he said. "We've got full faith in the voters' ability to sort out who the best candidates are, and Dave and I are very confident that we will win this race." 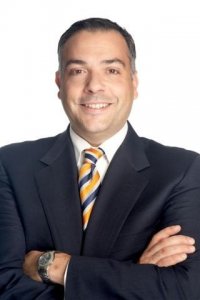