LINCROFT – On the second day of his two-day campaign kickoff, Chris Christie has sharpened his Wednesday speech into a few short bursts, and in front of a packed house at the Lincroft Inn in this one-time horse farm country turned box store sprawl zone, he toughens his anti-COAH (Council on Affordable Housing) rhetoric.

Councilman Michael Skudera, candidate for mayor in Tinton Falls, comes away from Christie’s speech most impressed by that line.

“We’re negative 350 now in terms of our state-mandated affordable housing and we’re running out of land,” says Skudera. “And that’s the way it is in a lot of Monmouth County towns.”

The crowd, some of it spillover from Middlesex County, including Old Bridge Councilwoman Lucille Panos, loves the candidate early, generally sizing him up as the most revved up statewide Republican running for office in recent memory.

But Christie in his pared down remarks scores the biggest slam-dunk with the crowd when he promises to end runaway over-regulation, of which COAH stands as public policy enemy number one.

“We’re talking about 500,000 to 700,000 new units over ten years,” Christie says. “”This governor who pretends to be a friend of the environment will develop all of our remaining open space.”

Christie is now the third Republican candidate in the gubernatorial race to adopt a scrap COAH or bust message.

Environmentalists argue that area towns like Holmdel and Marlboro fell victim in the late 1980s and early 1990s to a money-for-farmlands fastbreak, the consequence of which was the eight to ten-year transformation of farming communities to towns arguably top-heavy with McMansions and close-quarters residential development – the direct result, in fact, of no regulation.

But the finer points are not on display today as Christie and old pal Kyrillos head for the door and the black bus idling outside, which will deliver them to the next stop on the Christie for Governor tour, Union County, before the candidate heads home this evening to Morris. 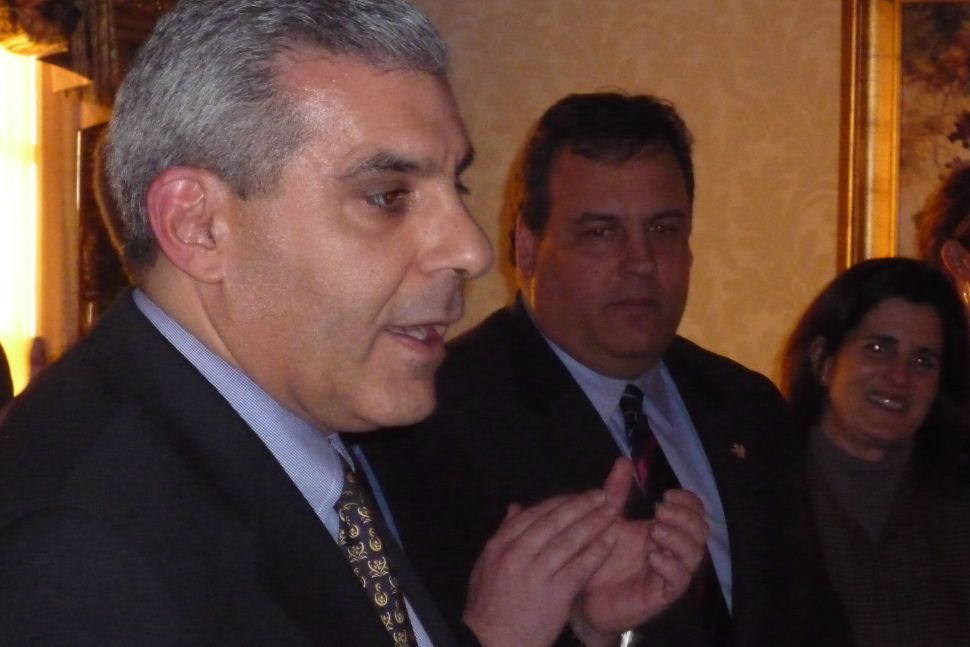