BERNARDSVILLE – It's a well-documented story, about how then-Assemblyman Tom Kean went to a Livingston classroom 32 years ago and awoke the imagination of a precocious 14-year old student, who would volunteer on Kean's successful gubernatorial campaign, grow up to be U.S. Attorney, and himself run for governor.

Now he runswith the former governor's backing, as Kean stood with Chris Christie in the Bernardsville Inn this afterrnoon andreminded reporters that the only other time he involved himself in a Republican Primary was when his son ran for the U.S. Senate three years ago.

"We just went through a whole election about change," said Kean, referring to the presidential election. "And the country needed a change. But the state needs a change, too."

Christie understands the issues and has a record of leadership at the U.S. Attorney's Office, said the former two-term Republican governor and former head of the 911 Commission who gave the Bush administration bad marks for compliance with homeland security and counter-terrorismrecommendationsoffered by thecommission in the aftermath of the Sept. 11, 2001 attacks on U.S. soil.

"This race is about me, not about Bush," Christie said. "I'm willing to run on my record. …I will not ask, nor will I accept support from either of them. People would attempt to confuse folks. Their presence here would be misinterpreted, and would be a distraction from my record."

Running on a change message of tax cuts, the GOP forntrunner for governor considered a question about the Iraq War, a$12 to $14 billion-a month endeavor over much of the course of its seven years, andasetpiece of the Bush administration's foreign policy.

"I was never consulted," Christie responded to whether the was was one of necessity or choice. "A lot of mistakes were made. It's part of the former President's record. All I know is what I read in the newspapers."

Kean added to the same question, "I think the War in Afghanistan is going to be more of a problem than the War in Iraq ever was."

Admittedly nostalgic about having Kean at his side, Christie said he intends to keep the elder statesman close at hand as an advisor on education, the environment and urban renewal.

"I'm honored to have him with me," said Christie, recalling seeing Kean for the first time when the lawmakers visted his classroom.

"He has been a role model ever since that time in the way that he has offered himself for public service and (as governor) led us through a time of unprecedented economic growth," the candidate added.

And for New Jersey to rely on the largesse of the federal government right now would be a severe miscalculation, he said.

"No matter how much money Washington sends us, that money is not going to be back next year," Christie said. "It doesn't relieve leaders in thestate of their responsibility. All it is is sticking a finger in the dike." 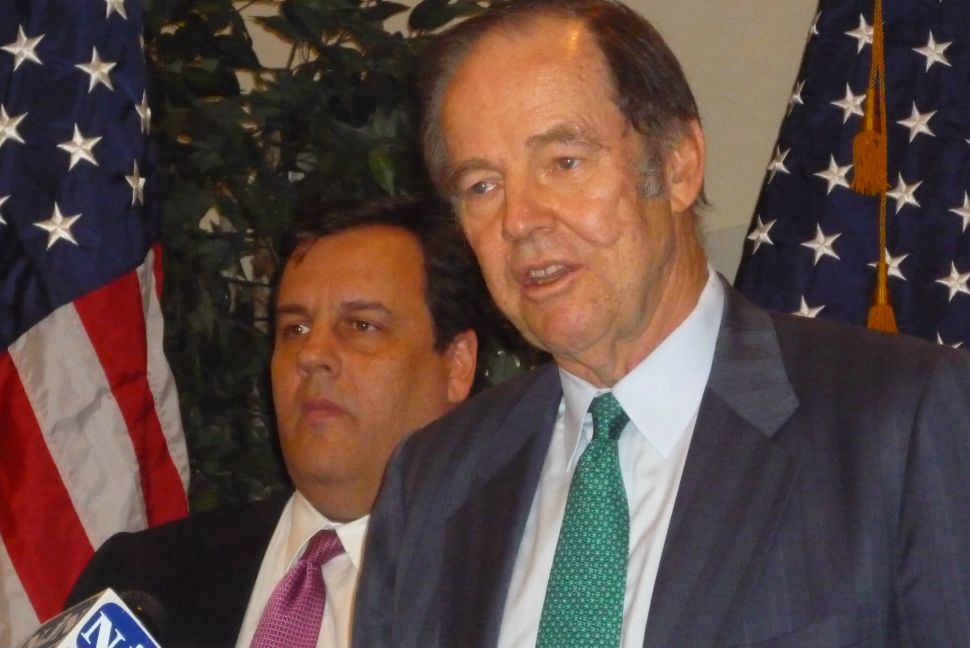