“Everything has to be on the table,” said Christie, reflecting on Democratic Party leadership in the governor's office. “There are no sacred cows in this. …You would not see $300 million in Christmas Tree items. Every one of them would be line-itemed out. The ‘Mac Account’ slush fund account that we exposed in the Wayne Bryant corruption trial – line-itemed out.”

Moreover, he promised to eliminate two-thirds of state patronage titles, which he said would save New Jersey taxpayers $65 million.

The slogan of the Christie campaign is “Strong Leadership Now,” and he tried to amplify that today at the Statehouse, attacking as anemic Gov. Jon Corzine’s proposal to helpmake up for a state revenues shortfall by ordering a two-day unpaid furlough for state workers.

“A two-day furlough for state workers is a one-shot gimmick,” said the former U.S. Attorney. “The governor is proposing a two-day furlough tosave $35 million, when last year the state registered $250 million in overtime costs. That shows me you’re not managing.”

As governor, Christie said he would hold state government accountable – and ensure that he himself was held to account by insisting on an elected state auditor to oversee efficiency.

Part of his plan to rein in a well-meaning, in his view, but ultimately out of touch legislative branch, would necessitate the adoption of a Constitutional Amendment requiring a two-thirds majority of the State Legislature to impose any new tax, or to increase an existing tax.

“In my seven years as U.S. Attorney, I learned a lot about holding people to account,” said Christie, who retired from his federal post earlier this year after successfully prosecuting over 130 public corruption cases.

Trying for the most part to stay out of Christie’s way, to allow Lonegan the movement conservative pursuer to track his GOP Primary quarry, the governor’s office nevertheless pointed out that Corzine ended the Mac Account program in March of 2006.

"The governor did the right thing," Corzine's press secretary, Robert Corrales said of the slush account. "He abolished it because there was no transparency to the system."

Fronted as a campaign gear shift into greater detail, the event positioned Christie in a third floor conference room, sniffed out by least one Lonegan staffer, who appeared just prior to Christie’s remarks, brandishing her own stack of “Lonegan for Governor” press releases and reminding reporters – lest he be overlooked in the flash bulb glare of the frontrunner, that Lonegan would be in the Statehouse annex immediately following for his own presser.

Finished with Christie, reporters crowded down the stairs to the basement and from there walked over to the annex, where they found a patiently waiting Lonegan in a legislative committee room, standing in front of a projection screen at a podium that bore the words, “Putting Taxpayers First.”

Up against a machine-backed Christie candidacy that so far has maintainedCorzine as the target andother GOP gubernatorial hopefuls as little more thanfour-months fodder for political insiders, Lonegan and his scrappy, grassroots followers in return have been critical of the bold stroke approach assumed early on the trail by Christie.

Today the former mayor of Bogota again insisted on trying to go to a greater level of detail – and a greater degree of toughness, than his rival-in-chief.

“In my first year as governor I want to get the budget under $27 billion,” he said of a state document that under Corzine has hovered in the $30 billion range, promising to overturn the Abbott School funding decision by Constitutional Amendment and requiring school vouchers.

Hammering it as the primary reason why New Jersey has shifted from a “wealth production to an income redistribution state,” thecandidate said he advocates replacement of the state’s progressive income tax with a flat tax, to begin at 2.9% on every penny.

“The overwhelming majority of homeowners and taxpayers in New Jersey will benefit from this plan immediately between lower marginal rates and increased state aid to suburban school districts,” Lonegan said. “Younger taxpayers will benefit as their incomes increase and are no longer taxed at high rates ranging from 3.5% to 8.97% – not counting the .09% Paid Family Leave tax, which I also hope to repeal.”

Lonegan kept his focus on Democrats more than onChristie.

“Those liberals who oppose my plan will make their usual class warfare arguments, but that only works with some people,” he said.

“Others who dream of success reject pandering to class envy and look to what can be in this great country of ours,” he added as an image of Ronald Reagan flashed on the screen. “The current plan has failed and the exodus of our friends, neighbors, co-workers and too-often, employers, is proof positive.”

But his underdog appearance on the heels of Christie’s budget plan roll-out undeniably signified his ongoing intent to stand in the other man’s wheelhouse where possible, and his unwillingness to accept anything less than a feisty clash of primary campaign ideas.

WhileLoneganand Christie trashed the Corzine administration as a government top heavy travesty, a third press conference at the Statehouse today kept the Democrats at least a warmed over presence in the minds of GOP-fixed reporters who happened to be in the area.

Funded by the non-profit Nicholson Foundation, the partnership will expand the State Parole Board’s prisoner reentry initiative from Essex County into Mercer and Camden Counties.

The cost – footed by the foundation and implemented by existing state staff, according to Parole Board spokesman Neal Buccino – is $150,000 annually in Essex and now an additional $50,000 for Camden and Mercer.

“We need to make sure these women have the kinds of resources wrapped around them,” the majority leader said of an estimated 140 parolees whom the program will serve. “A lot of these women are incapable of getting financial assistance, housing, food and healthcare. We can’t have that. We want to them have a successful re-entry into society.

“This is not just what government can do,” she added. “This is what philanthropy, individuals, and faith-based groups can do with government.” 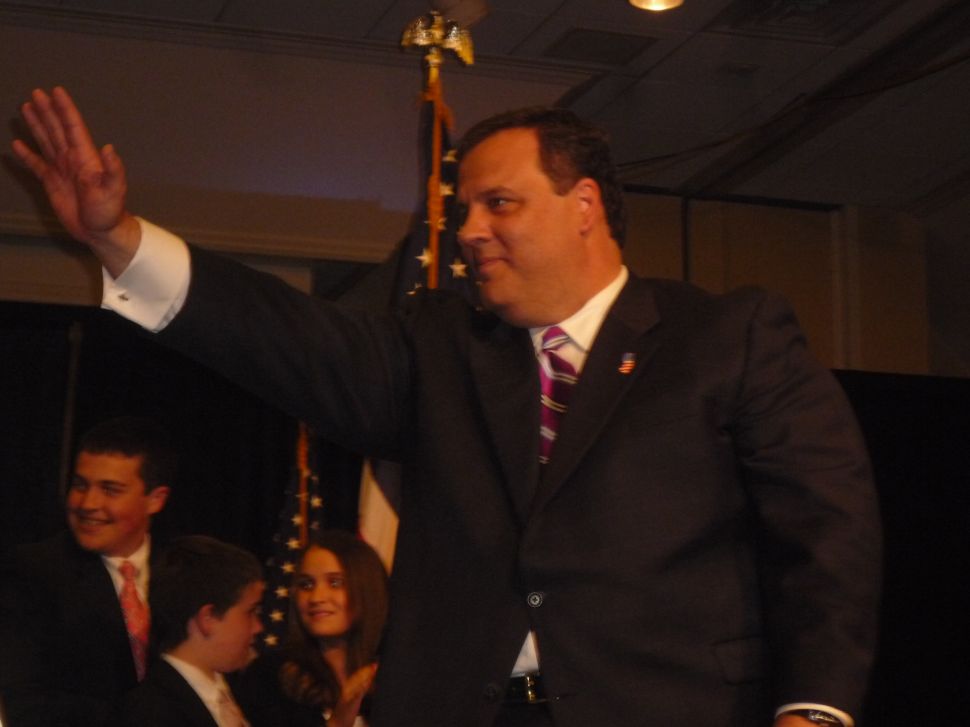