“I was born in Newark 46 years ago,” Christie explains.

“I’m sorry,” comes the rejoinder of a man in the back of the banquet hall.

Christie the former U.S. Attorney says he is uniquely qualified to make the state’s urban areas safe, and vows as governor to entice businesses with tax incentives and invigorated business zones to move in to places like Newark.

That commitment from the candidate rouses at least one real estate person in the crowd who off the record says New Jersey’s suburban experiment is essentially built-out and its service sector economy limited, and the only logical way the state can regain an edge is to revitalize its urban areas.

Another audience member, African American GOP operative George Dredden, says he hears in the street smart Christie an opportunity to translate the long-lost Republican message of conservatism into the cities – in political terms.

He concedes with regret that he’s among a handful of blacks added up from all of the Republican campaign koff events, and it turns out he attended the sameBaltimore university (Johns Hopkins)as newly crowned Republican National Committee Chairman Michael Steele.

“He was a little older than me,” Dredden cracks.

“Look,” he adds, “it’s time for the party to build that relationship with urban populations. There are folks there already – Republicans, let’s be clear. They are there. But they need help for them to do their jobs. We need campaigns that not only talk about going into the urban areas, but that go into the urban areas.

“In this party we need campaigns that are serious about establishing those beachheads,” he adds. “I’m not disparaging the hard work small numbers of Republicans do in the cities. I’m just talking about the need now to take it to another level.”

In his stump speech here in suburban Mountain Lakes, Christie’s vision for urban centers only really ignites the audience at-large when he explains that the state needs to concentrate its affordable housing stock in the cities, as opposed to cramming it among all the suburban and rural communities of the state as defined by the latest update to the Council on Affordable Housing (COAH).

“Forty-six years ago, when I was born, there were double the number of people living in Newark than are living there today,” he says.

He wants to give every child a shot at a good education and to that end mentions that he’s open to education innovation and charter schools. He doesn’t say the word “vouchers.”

Later, he is among the last in the big crowd to leave when he’s asked how his urban agenda translates into political infrastructure in places like Newark, where registered Democrats outnumber Republicans 58,688 to 3,055. Does he mean to open a campaign headquarters in Newark to demonstrate his on-the-ground commitment to an organization other than what the Democrats have offered and a new candidacy intent on more than suburban and rural voters?

“That’s window dressing,” Christie says. “I won’t do that, no. Will I campaign in the cities?” He shrugs. “Yes. But I’m putting out a message. If people hear my message in the cities and vote for me, good. I am not talking in political terms. I’m talking about what I will do when I’m elected governor.”

Sources close to the GOP candidate say it would be a political miscalculation for his campaign to attempt to compete against the organizational army of the Democratic Party in its urban strongholds, particularly given the relatively short time frame before Nov. 4th.

In conversation, they concede the GOP can’t stand up in a year an organization to counter a party stigmatized by Nixon’s Southern strategy, Reagan’s campaign kickoff in Philadelphia, Mississippi, the “haves and have more base” of George W. Bush, and the block-by-block party organization on the other side that finally catapulted Barack Obama out of Democratic Party ward politics in Chicago to the presidency.

“Republicans make their main message tax cuts, when what we really should be talking about first is how we will create jobs,” he says. “The average guy living in an apartment and wondering who to vote for is not going to respond to the tax cut message. But he will respond to a jobs message.”

That’s part of the message here, but if Christie does not intend to try to go vote for vote with the Democrats in their main urban engine rooms, he does plan to aggressively pursue voters in mostly white, traditionally working class towns like Nutley, Belleville and Bloomfield and Woodbridge and COAH beset places like Edison, with his pledge to make state mandates less burdensome and meddlesome in the affairs of taxpayers. 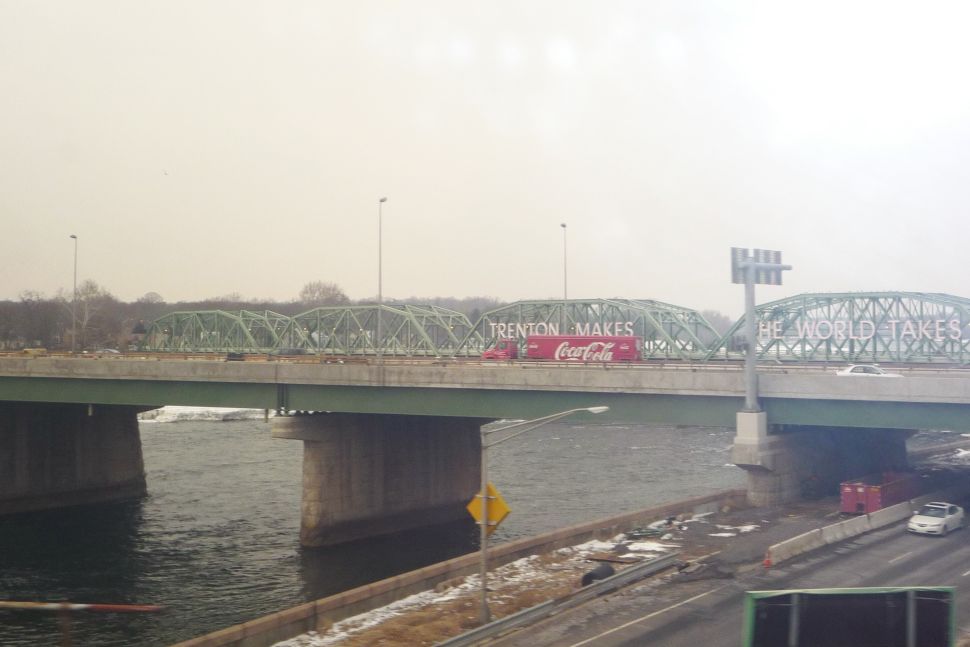