Administration officials confirm that Marilyn Davis and Mark Matzen will join the front office as Deputy Chiefs of Staff, replacing Patti McGuire, who has taken a position with a lobbying firm.

The Governor's office will split some of McGuire's duties between Davis and Matzen as part of a small reorganization.

Matzen will return to state government after nearly three years at MWW, where he served as senior vice president. He served as Deputy Chief of Staff under Governors Richard Codey and James E. McGreevey, as Chief of Staff to U.S. Rep. Rush Holt, and as New Hampshire Political Director for John Kerrey's presidential campaign in 1992.

Davis will take a leave of absence from her post as Deputy Commissioner of Labor, where she has since 2006. As Deputy Commissioner, she directly oversees disability services, income security; labor planning and analysis, and Workforce New Jersey. Prior to her appointment, she held a number of positions in the federal and State legislative branches of government. She has a bachelor's degree in government and international studies from the University of South Carolina. 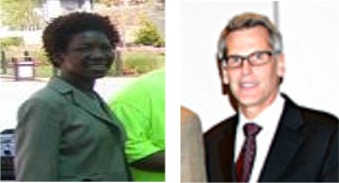