The early centerpiece of Christopher J. Daggett’s independent gubernatorial campaign appears to be his record as a facts-based consensus builder who can get tough if the situation requires, evidenced by his work as regional administrator of the Environmental Protection Agency (EPA) under President Ronald Reagan, and his chairmanship of the 24-member DEP Efficiency Review Task Force under Gov. Jon Corzine.

“I don’t pretend to have all the answers, but I have the experience of working effectively with different, often opposing groups,” the underdog Daggett told PolitickerNJ.com.

In 1984, Reagan appointed Daggett to run the EPA here in the midst of a squabble over a Manhattan development project ranging along the West Side Highway, a 250-acre fill-job that would have buried enormous amounts of striped bass spawning grounds.

Despite pressure from unions that wanted the jobs, New York politicians like U.S. Sen. Al D’Amato, editorial boards, and even President Reagan, who made a grip-and-grin appearance as he handed over a mock check for the development, Daggett denied the project based on scientific evidence that it would crush the area’s striped bass population.

The developers fought back in federal court but the judge found no new science to rebut the EPA’s initial ruling and Daggett won.

In another key habitat and protection case, Daggett, then heading the Department of Environmental Protection (DEP) under Gov. Tom Kean, denied a permit to Chatham Township for the expansion of their sewage treatment plant, which abuts the Great Swamp National Wildlife Refuge – the headwaters for both the Raritan and Passaic rivers.

After issuing the denial on grounds of environmental impact, Daggett set up an advisory committee, which ultimately grew to become the Ten Towns Committee, a coalition of local representatives from area municipalities who help oversee protection of the swamp.

“There were some good ideas but ultimately, I no confidence that either one can marshal the resources to bring the two parties together to solve problems,” said Daggett, who formally left the Republican Party this year.

Tired of the tough guy posturing and inability of the Bush administration to build consensus, he voted for President Barack Obama, a Democrat, in November.

“The reason I voted for Obama was I felt he had put together a masterful campaign, was a great communicator, and he said meaningful things about bringing people together,” Daggett said. “Several weeks in now, it’s evident to me that he’d almost be more effective if he were an independent. We’ve seen the partisan battles, the Congress unable to work together. There have been some signs of effort to break through that, but not much. Not enough. I feel bad but I still have great hope in him (Obama) to unite people. We should all be doing everything in our power to help him succeed.”

The 59-year old Daggett first entered politics in 1977 as an aide working on former Senate President Ray Bateman’s gubernatorial campaign. He helped prep Bateman for the Republican candidate’s primary debate with then Assembly Minority Leader Kean, whom Bateman beat to land the Republican nomination. Bateman lost to incumbent Gov. Brendan Byrne in the general election, and when Kean returned in the next election cycle, Daggett joined his staff and traveled with him for 70 straight days on the campaign trail before the moderate Republican beat then U.S. Rep. Jim Florio to become governor.

Kean launched Daggett’s career in government when he made him his deputy chief of staff.

“He (former Gov. Kean) spoke of how one of the first times he endorsed in a Republican Primary, was when he endorsed his son for U.S. Senate,” said Daggett. “But it’s also the first time his son is serving as minority leader in the state senate and I can only imagine that he’s receiving a lot of pressure from his son. It’s unfortunate. But that’s how it is.”

Part of Kean’s environmental policy as governor came from audio tapes he listened to in his car, prepared by celebrated environmental activist Helen Fenske.

Fenske was a Green Village housewife who in the 1950s led an unlikely but highly surgical and ultimately successful charge against the New York-New Jersey Transportation Authority’s development of an airport on the site of the Great Swamp.

Based on his formal work at the EPA and during Kean’s second administration as head of the DEP, in addition to his own expertise in private sector brownfields restoration, Daggett last year headed a task force designed to improve the performance of the state DEP. The task force submitted a review that included recommendations for establishment of a baseline staffing level and budget, fully allocated fees, and technology upgrades.

“The DEP is in its third draft of a plan they’re working very hard to implement,” Daggett said. “I will give credit where credit is due. Lisa Jackson was very good in responding to the task force’s recommendations, and (current DEP Commissioner) Mark Mauriello has been outstanding.

“In that area, the Corzine administration has done good work, but the same is not true on economic and state budget issues,” added the candidate, who says he would use the skills he developed in the area of environmental protection to address state government’s other ills, not as an in-your-face antagonist, but as a consensus builder who’s unafraid to get tough when it comes to the facts. 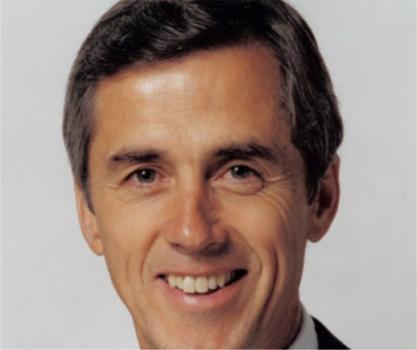