Christopher Daggett, who held top environmental posts under Gov. Thomas Kean and President Ronald Reagan, says he will mount an Independent bid for Governor of New Jersey this year.

The Basking Ridge resident says he has become disillusioned with the two major parties, which serve entrenched interests, in his view, and not the will of the people. Daggett says Democrats and Republicans are mutually mired in special interest party loyalties that prevent them from working across the aisle.

“Look how much hope the country had after the presidential election, which broke down along party lines and partisan bickering as Congress tried to pass the federal stimulus package,” Daggett said. "I feel bad for Obama.”

Daggett told PolitickerNJ.com this morning that he will file papers with the Election Law Enforcement Commission within the next two weeks.

“I believe neither party is able or willing to address the issues affecting New Jersey,” said the 59-year old Daggett, who holds a Doctorate in Education and developed Kean’s higher education and education policy in the 1980s before mainly moving to the environmental side of public policy.

He currently serves as a principal with JM Sorge Inc., a full service environmental consulting and management firm, and sits on numerous boards and committees. He served as chairman of the NJDEP Permit Efficiency Review Task Force for Gov. Jon Corzine.

“If you look across the state and ask people, I think most are disillusioned by both parties and the entrenched interests,” he said. “I think the middle is not comfortable with either.

“…I think Chris Christie is totally untested,” Daggett added. “While he did an outstanding job as U.S. Attorney, running state government requires different skills. Regarding the Corzine administration, there’s been some good analysis of problems, but ultimately an unwillingness or inability to bring people together to solve those problems.”

Daggett, who changed his party affiliation this year, says he wants to raise $3.6 million to qualify for public matching funds so that he can run a $10.9 million campaign for governor.

“I’m going to file,” he said. “I will go down the road to see if I can get support. We haven’t had a truly viable third party candidate, and we need one. There are 1.7 million Democrats in this state and 1 million Republicans, but 2.4 million voters are unaffiliated.”

“Third party candidates tend to hurt challenging candidates because challengers get that portion of the vote dissatisfied with the party in power,” said Harrison. “Still, the votes he’s going to draw will likely have a negligible impact.”

Daggett’s strength on environmental issues could draw some classically Democratic Party votes from Corzine, but not many, in Harrison’s estimation.

“Daggett doesn’t have the political clout and muscle to get his message out there,” she said. “Financing a third party gubernatorial campaign is difficult, even despite the fact that he has a terrific reputation. One impact could be that his candidacy will force candidates to pay attention to the environment, which is maybe what he’s hoping for.”

“I have a tremendous amount of respect for Chris Daggett,” Tittel told PolitickerNJ.com. “He is clearly one of the strongest environmental policy people in the state of New Jersey, and he has integrity. In the Kean administration, he told towns no sewer extensions unless you follow the Clean Act. It was a very important step forward for clean .”

When he learned today of Daggett's decision to file, GOP gubernatorial candidate Assemblyman Richard Merkt (R-Mendham) said, "God bless him. But if he has a problem with the Republican Party, it’s his crew that’s run the Republican Party for years and years in New Jersey.” 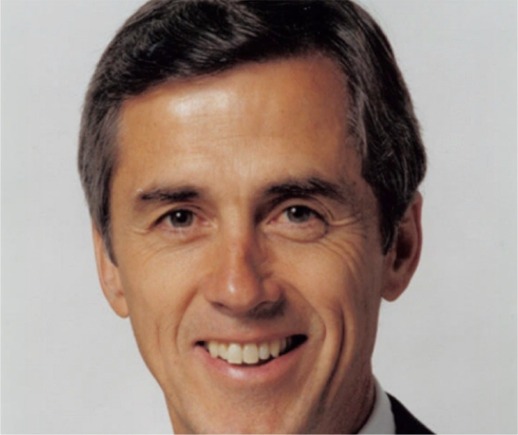