An eight year veteran of the freeholder board and former president of the New Jersey Conference of Mayors, DiMaio reminds people that he fought against the Highlands Act, which he cites as an attack on Constitutional rights of home ownership.

He promises if elected to go after the Council on Affordable Housing (COAH) before it “overpopulates the region.”

His wife seconded Freeholder Director Rick Gardner’s nomination, and now DiMaio throws in some biography and background. Family been here since 1931. Conservative values. Honesty. Bedrock knowledge of how not to live beyond one’s means. 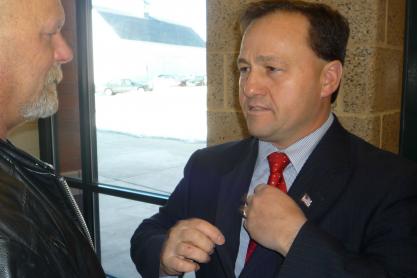