As third district Democrats begin the process of filling the soon to be vacant seat of Assemblyman Douglas Fisher (D-Bridgeton), there is no shortage of potential candidates for the rare opportunity of representing the southwestern corner of New Jersey in the State Assembly. Since the district was created in 1973, only seven men have held the two seats.

The district includes all of Salem County and parts of Cumberland and Gloucester counties. Overall, 45% of the population comes from Gloucester, with 29% from Salem and 26% from Cumberland. Salem is the only county in New Jersey that doesn't have a resident in the Legislature.

Gloucester has held the Senate seat and one Assembly seat since 1973. The other Assembly seat was held by Salem from 1973 to 2001, when Fisher won an open seat. For sixteen of the 36-year history of the third district, voters elected a Democratic Senator and two Republican Assemblymen. For the other two decades, all three seats were held by Democrats.

Four of the nine legislators who won here were under age 35 when they began serving in the Legislature: Raymond Zane was a 34-year-old Gloucester County Freeholder in 1973 when he beat a Republican who had been tossed out of the Senate after a criminal conviction; Donald Stewart, perhaps most famous for being the father of Democratic fundraiser Kelly Maer, was the 32-year-old President of the Salem County Board of Realtors and the son of popular County Treasurer Harry Stewart when he won an open Assembly seat in 1971; Martin Herman was 34 and the Deptford Township Solicitor when he won in 1973, two years after losing a race to Republican Assemblyman Kenneth Black; and Gary Stuhltrager, 30, was a Gloucester County Freeholder when he beat Herman in 1985.

The current Senator, Stephen Sweeney, was 42 was he ousted Zane in 2001. He is now the Senate Majority Leader and the de facto political boss of southeastern New Jersey. Some Democrats say he should receive consideration as a candidate for Lt. Governor in 2009. Jack Collins, a Republican who served the longest tenure as Assembly Speaker in state history, was 42 when he won in 1985. 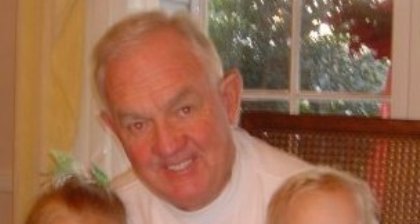