The ceremony featured a typically rousing acceptance speech by Booker, a local level punctuation mark on President Barack Obama’s oratorical efforts at the national level last night to uplift the country’s spirits in a flagging economy.

Longtime allies who find themselves on opposing sides of local wars at times, but more often in the same encampment, DiVincenzo and Booker both face crises in their respective domains, as the former battles local union reps in search of an agreement for county workers, while the latter fights a crime wave in the City of Newark.

Since making peace with DiVincenzo sensei Steve Adubato of the North Ward Democratic Party last month, Booker has turned his attention to the West Ward, where his political allies continue to battle the street forces of state Sen. Ronald Rice (D-Newark) to establish more of a presence on the Democratic County Committee. 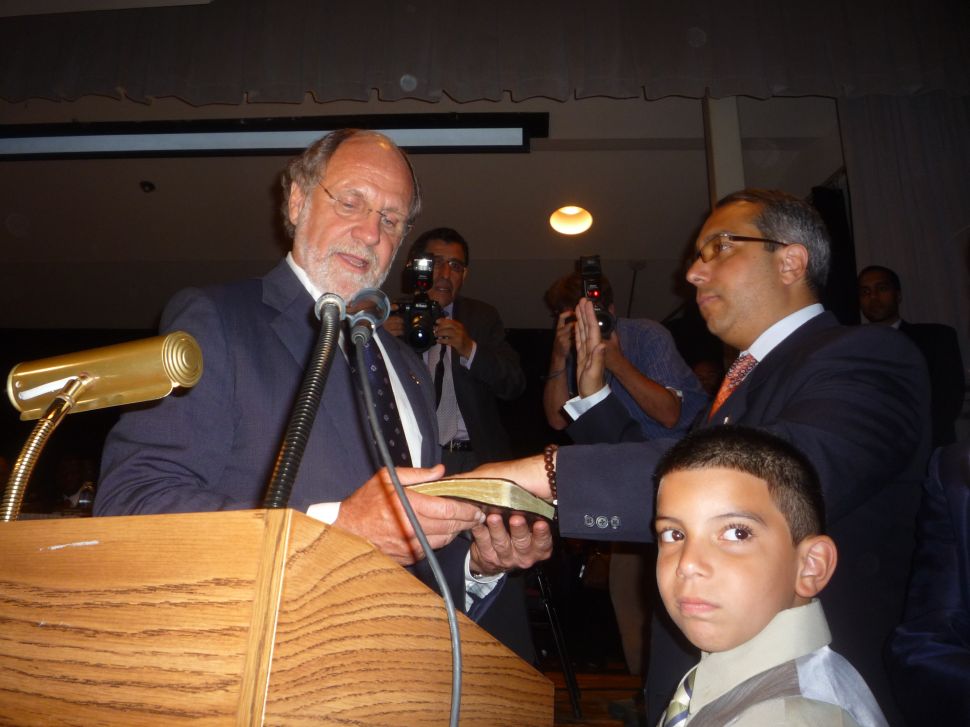