A fourth gubernatorial candidate, Assemblyman Richard Merkt (R-Mendham), did not screen, as he is out of the state on business.

“It’s the little red corner of the county where I’m allowed,” cracked Rick Shaftan, Lonegan’s campaign strategist, as he pulled up to the banquet hall behind the wheel of a sedan in a county where Democrats own a more than 4-1 edge over the GOP.

Eyeing Codey and O’Toole’s turf up close, it’s tight quarters for two fierce political operatives who straddle the state on either side of the party divide.

O’Toole sat at the bar in Il Tulipano Tuesday night.A pineapple stood upright in a half chewed away centerpiece of hors d'oeuvres in the room where the three gubernatorial candidates had moments earlier stated their respective cases beforeacommittee consisting of around 30 people.

No cliffhanger here… "It was solid for Chris,"announced O'Toole.

"I'm looking at changing my strategy a little, getting my message out there withmore phone calls," said Levine.

“My attitude at this point with these conventions and screenings is ‘why bother,’” shrugged Republican renegade Lonegan, whose popularity withthese Essex GOP foot soldierswas evidentamong departing committee members who praisedLonegan's speech but ultimately backed Christie.

Lonegantold his staff he doesn’t much see the point anymore in even showing up at these functions in the face of establishment juggernaut Christie.

“In Democrat Party politics, the machine is important, who’s got the line, etc. But in a Republican Party primary, it’s about ideas and vision,” Lonegan said.

He'scounting on that, come June.

"My wife told me. 'If you could only play the game you would go far,' but I prefer not to be a part of it," added the movement conservative.

As for Christie, "We'll play by the rules they set," he told PolitickerNJ.com, leavingthe screening room on his way to a sport utility vechicle parked out front with the engine idling. "The party chairman in Monmouth County made a decision (to backChristie without the usual party convention), and I will abide by it."

“This is a guy with two salaries and two pensions,” Funt said of the double-dipping McKeon, who serves as mayor and assemblyman. “I don’t want my property taxes raised to pay for his pensions.”

“The State of New Jersey right now is scaring the hell out of businesses,” said Meyerowitz, buried two years ago when he ran in the wake of former Assemblyman Mims Hackett’s meltdown. “Mila Jasey is representing her party when she should be representing her district.”

“Those are serious candidates,” said O’Toole as he watched them leave.

When told the story of an Essex County Republican who fled the area, crash-landed in Union County and now complains bitterly that there is no GOP here, only the Kevin O’Toole party, the chairman said, “It’s well known I backed John McCain for president. Everyone knew I backed McCain. But who had the line here in Essex?”

Someone supplied the name.

“Rudy Giuliani,” O’Toole affirmed. “I love McCain. Everyone knows that. But Giuliani won the line.”

A former opponent of Codey ally state Sen. Ronald L. Rice (D-Newark) and2009 general election challenger of Rice’s District 28 Assembly mates, the bow-tied Herbert Glenn said of Christie's victory tonight in the larger context, “Jon Corzine has not kept his promises. He has already proved he can’t follow through.

“It’s the same situation now as it was with Obama,” Glenn added. “We want change!” 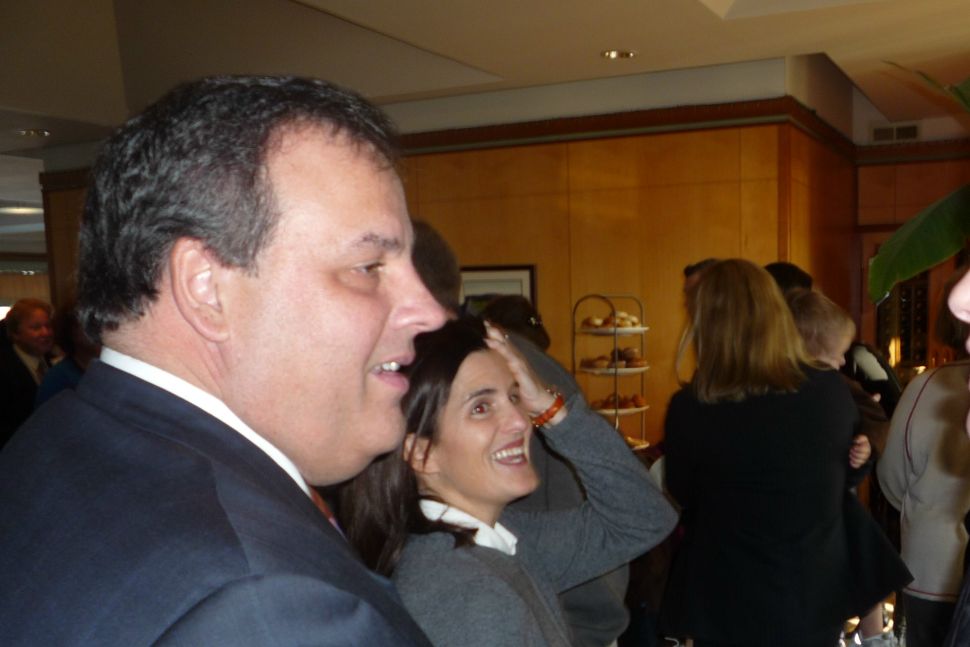