A.J. Sabath, a former state Commissioner of Labor and one of Trenton's most powerful insiders, will leave his post as Chief of Staff to Senate President Richard Codey on March 1 to open his own lobbying, government relations andcommunications firm. Sabath will be providing political consulting and campaign services includingdirect mail,automated calls and earned media communications.

Sabath has held a number of positions in both houses of the New Jersey Legislature, worked as public affairs director for MWW, a top public relations and lobbying firm, and was an organizer for the New Jersey Tenants Organization.. He spent two years, as an organizer for the National Democratic Institute in the former Soviet Republic of Azerbaijan. In addition to conducting democracy and governance training programs for political, civic and government organizations, he created an election monitoring panel of local officials that collected and publicized voter complaints of intimidation, inaccuracies, and fraud.

He is a graduate of Ramapo College, where he now serves on the Board of Trustees. 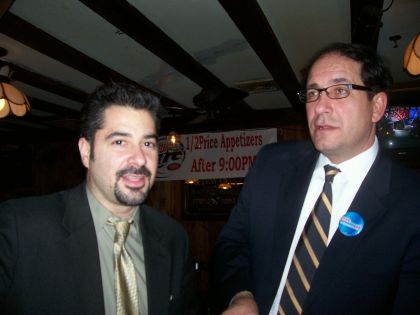