FRANKLIN – Bridgewater Mayor Patrica Flannery won't submit her name to the party to run for a vacated seat on the Somerset County Freeholder Board, she told PolitickerNJ.com tonight at aGOP Lincoln Day Dinnerhere featuring the Republican candidates for governor.

"I love being mayor of Bridgewater," said Flannery, whom party members initially tapped as a natural replacement for Freeholder Director Rick Fontana, who won't pursue reelection this year.

Sources say Flannery got first dibs on the seat because of the Bridgewater connection. That’s Fontana’s hometown, and a vital GOP stronghold – home to the most registered Republican voters among all of Somerset County’s 21 towns at 6,757, and the second largest concentration of total voters (23,314) behind Franklin Twp. (27,812).

The strength of the mayor's job there is the chief reason why Somerset County GOP Chairman Dale Florio said he wasn't surpirsed to learn Flannery didn't want to be a freeholder. 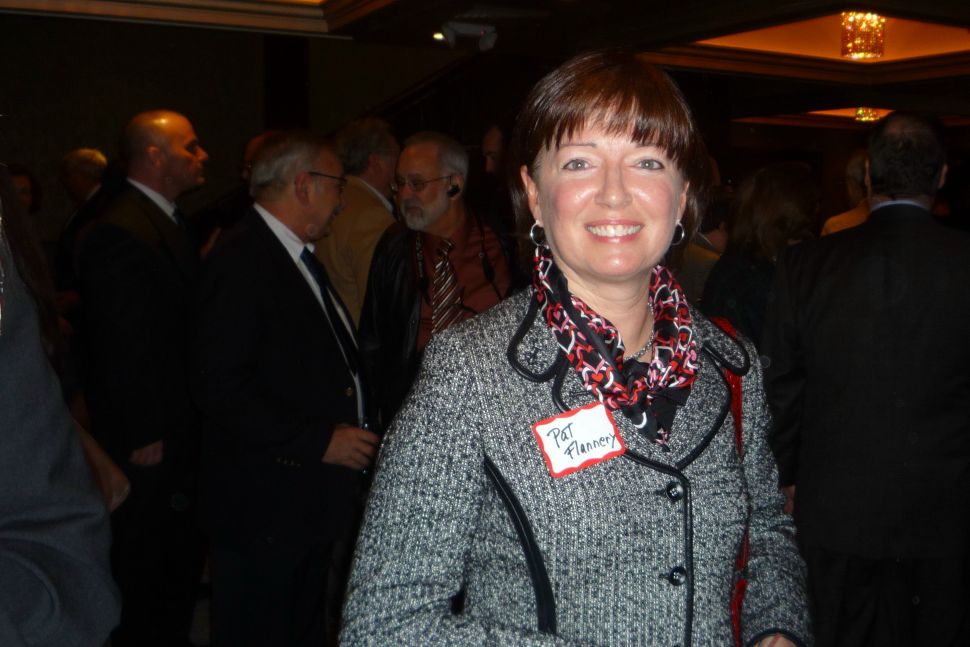